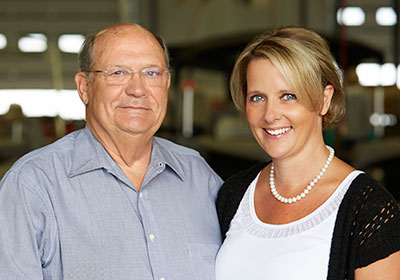 In 1992, at the age of 50, Bob Menne risked everything he owned to launch a rather unusual enterprise—a manufacturer of luxury pontoon boats.

Pontoons didn’t exactly have a reputation for high-style. Flat-bottomed and rectangular, relying on hollow cylinders to stay afloat, they’re easy to operate and lots of fun, but were considered a little stodgy.

No more. The company Menne founded, Premier Marine, based in Wyoming, Minn., has transformed the pontoon boat into a vessel made for partiers, families and high speeds. Case in point: Its new $145,000 Dodici model is 31 feet long, 12 feet wide, and can travel 67 miles per hour with six or seven onboard.

To launch Premier, Menne and his wife, Betty. sold their house and cabin and put all their money into starting the business. Menne and three other partners had owned Forester Boat, which manufactured fiberglass runabouts and aluminum fishing boats, as well as pontoons. The partners sold the company after the 1989 season to a Mora-based yacht manufacturer. “I stayed with the new company, but after a year, I decided to leave,” Menne recalls. “I thought about buying a bait shop.”

But Menne’s former dealers started asking whether he was planning to open another boat company. Stiff competition led him to rule out re-entering the runabout market, but he hadn’t yet dismissed pontoons. Menne began quizzing dealers on what they liked and didn’t like about them. “Then some of my former employees started calling and saying, ‘If you start this company, I’d like to come along.’ ”

Premier Marine is now a $55 million company with 225 employees. During the past five years its growth has been guided by company president Lori Melbostad. In 2011, Premier acquired a New Ulm-based competitor, which expanded its offerings at the mid-and entry-level end of the market. Earlier this year, Melbostad closed the New Ulm operation and brought all production to the Wyoming facility, integrating four brands under one roof. “Operating remotely was very difficult,” she says. “The management and the engineering department—the ones that really get how to make boats—were all in Wyoming.”

Melbostad also hired a “lean manufacturing” manager who helps the company use its labor force and facility more efficiently. This past July, she introduced a system that allows for more efficient movement of inventory throughout the production process. That has become more complex since Premier now produces five “levels” of boats that target different price points, from entry-level to high luxury. “What we’re doing,” Melbostad says, “is making sure we’re not competing with ourselves.”

Premier dealer Dan Chesky, owner and president of Dan’s Southside Marine in Bloomington, believes a big reason for Premier’s success is that it’s family-owned. “Everyone in the family has a cabin, and they use what they make,” Chesky says. “There is passion in the family. They think about the product, and that reflects in the product.”

Menne’s company isn’t idling in the dock. This year Premier has 26 new patents pending, for components and entire models. “There is a lot of competition,” he says. “But we have always tried to stay innovative and introduce new things to the market.”

They Don’t Build Your Grandpa’s Pontoon