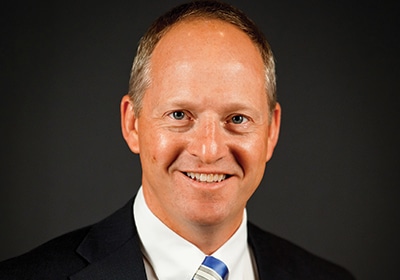 Jon Carlson took the reins as CEO of Braun Intertec in the eye of the Great Recession storm. In 2009, in the thick of those trying times, Carlson recalls hearing the repeated advice: “Hunker down and ride it out.”

“I just hated that phrase,” he says, crediting a receptivity to change as central to the consulting firm’s healthy post-recession growth. “I’m not afraid to take on some new roles—to stretch myself—or bring on people who can fill in where I have gaps.”

The company made strategic hires, reduced bonuses, temporarily pulled back on 401(k) matches and cut staff by 10 percent. The result: Braun Intertec positioned itself to achieve average annual revenue growth of about 30 percent since Carlson became the top executive.

Braun Intertec has benefitted from projects in the North Dakota and Texas oil and gas regions. The firm is involved in construction projects ranging from roads, bridges and transit to commercial buildings to the new Vikings stadium.

Carmen Borgeson, Braun Intertec’s CFO and long-time colleague of Carlson, points to his concern for the business as a whole as a factor in Carlson’s continued success. “At least four times a year he pulls the company together for an all-company meeting where we discuss where we are at, what are our visions, our values, and where we want to go.”

Coupling employee investment with a diversity of thought has been pushing Braun Intertec forward at a newfound pace—so much so that Carlson admits he doesn’t enjoy meetings where “there isn’t some healthy debate. It just doesn’t do me any good to surround myself with a bunch of yes-people.”