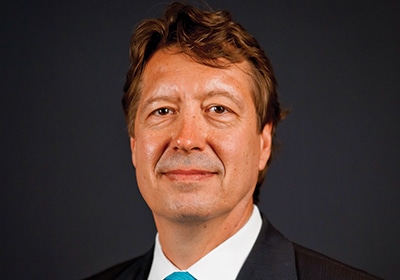 SPS Commerce was on the brink of financial ruin. The quarter ending March 2001 produced $1 million in revenue and a $6 million loss. Major layoffs ensued, reducing the workforce to around 100. The CEO was terminated, and CFO Archie Black was elevated to the top spot. Black replaced most of the management team, but promoted Jim Frome, an SPS marketing executive, to chief operating officer.

Black and Frome immediately set about building a business based on cloud-based communities. Concurrently, Black sold off the company’s legacy software. “We became laser-focused on what we call the retail ecosystem, which is retailers, suppliers and anyone that is helping put products on a shelf or on a website,” Black says. “The selling was hard; you had to go out and convince one customer at a time to come on board.”

That trading community network, which now includes more than 60,000 customers, enables SPS to serve the retail ecosystem with products related to order management, warehouse management, ERP (enterprise resource planning), packing, shipping and accounting. Although Black estimates that hundreds of thousands of suppliers have yet to join the network, future growth will come more from penetration into the network rather than growth of the network itself. Of its 60,000 existing network companies, only 22,000 pay a monthly subscription fee for accessing the network and omnichannel retail solutions, and the vast majority of those use only one product. “With the product offering we have today, we think we can build a multibillion-dollar business,” Black says.

After a successful IPO in 2010, SPS is Minnesota’s largest publicly traded technology company, with a market cap of just over $1.1 billion. Every quarter since March 2001 has produced more revenue than the one before. “To take a company that was hanging by a thread and becoming an industry leader with a great culture and a great technology is nothing short of fantastic,” says board chair Phil Soran.