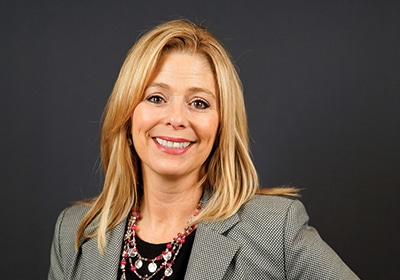 Cindy Koebele was tired of being overworked, underpaid and underappreciated by the title insurance company where she had worked for five years. Fed up, one day she told her sister and coworker, Angela Shackle, “We’re going to leave and open our own company.”

TitleSmart opened up shop in April 2007—just in time for the collapse of the housing bubble a few months later. “I called my parents and said I needed another $30,000 loan because I didn’t know if we were going to make it,” Koebele recalls.

Business picked up in March 2008 and took off in 2009. “We had a huge year, brought on additional staff, paid off all our debt and bought a building,” Koebele says. “We succeeded by keeping expenses low, putting in long hours and delivering superior service. We built it one customer at a time, all by word of mouth.”

In Koebele’s world, “delivering superior service” isn’t empty rhetoric, it’s an obsession. Customers at closings are treated to warm homemade cookies, gourmet coffee and branded take-home readers for studying the fine print on contracts. “We want every customer to feel like they’re our only customer,” Koebele says. “I tell my staff to do whatever the customer wants, as long as it’s legal. If they want us to drive to Blaine at 7 a.m., just do it.”

TitleSmart’s 19 closers have the option of incorporating as an S corporation and working exclusively for TitleSmart as independent contractors with no cap on their income. “Cindy has a huge, compassionate heart and constantly mentors everyone to help them achieve their personal and professional goals,” says Lori Weaver, a closer who has worked at TitleSmart since its inception.

Helping others feel valued has added great value to TitleSmart’s bottom line. “Our goal was achieving $10 million in revenue by 2016, but we’re on track for that this year,” Koebele says. “We’ve had three record-breaking months in a row. We are just killing it.”