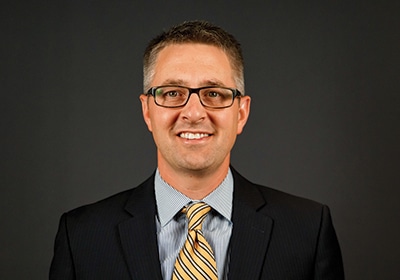 After five years of leading the revenue cycle management functions for the University of Iowa health care system, Chris Klitgaard’s entrepreneurial instincts kicked in. He knew he could perform better than the extended business offices that UIHC contracted with to collect payments from insurers and patients. “I was on a fast track into the C-suite at the university, but I felt there was something bigger and better out there for me,” Klitgaard says. “If I had known how hard it was going to be, I probably wouldn’t have done it.”

MediRevv differs from a regular collection agency in that it does everything in the name of the health care provider it’s representing. Revenue is roughly split between collecting funds from insurance companies and from individual patients.

From the beginning, Klitgaard established three points of differentiation: a highly educated workforce (more than 90 percent are college graduates), transparency (most notably within the pricing structure), and accountability to the 33 health care providers he counts as customers. “How we conduct ourselves is innovative because this space historically has been veiled,” Klitgaard says. “We’ve pulled the covers back.”

In September, MediRevv moved into a new $4 million, 26,200-square-foot building. It needed the space to house the 100 new employees hired in the past year and the 60 it hired in the last three months. Klitgaard expects revenue to grow nearly 50 percent this year, to $25 million. The rapid growth has largely come from adding new clients and two recent service offerings: physician coding and a Medicaid eligibility division.

One of Klitgaard’s biggest cheerleaders is Jim Crook, chair of the MediRevv board.

“Chris is a very smart, self-aware guy who will always do the right thing,” Crook says. “I could not be prouder to be associated with Chris Klitgaard and watch him develop over the last eight years into a truly fine leader of men and women. The guy is an ace.”