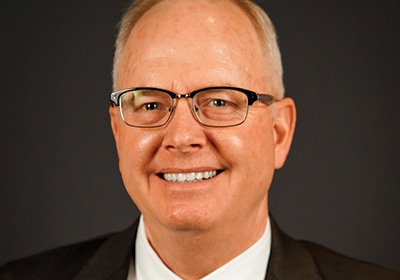 Jeff Gau may not have founded Marco, the St. Cloud-based IT and office solutions company, but he has so dramatically transformed the business that it might as well be a completely new one.

Gau became chief executive officer in 2005. Since then, he has aggressively pursued a growth strategy that rapidly built up the company’s professional service division, acquired 26 companies of various sizes and Marco increased average annual revenue by 36 percent. “If you’re not executing on plans, then you’re just a nice guy,” he says. By 2015, Marco served 25,000 customers.

Since 2010, the average annual growth rate for profits was 84 percent. Revenue was rising 45 percent a year on average, with a boost from acquisitions.

“Jeff always has his ear to the ground and tries to lead Marco to trends before our competition gets there,” chief operating officer Jonathan Warrey says.

The eye-popping growth has been a boon to employees. As an employee-owned company, several long-time workers now have nest eggs valued at over $1 million. Many of these people are in low- to moderate-wage positions such as dispatching or product delivery, but they will be able to retire comfortably.

But it’s not just the bottom line that Marco’s leaders focus on. Gau’s colleagues say he is fostering a great culture.

“You won’t hear employees say something bad about the company when they’re off the clock,” Warrey says.

Nearly every company will say it understands work-life balance and promotes it as part of company culture, but at some businesses, that’s more talk than anything else. Gau says that spending much of his life with both he and his wife working prompted him to instill certain priorities throughout the company.

“I tell people during orientation that if you miss your kid’s hockey or soccer game that it’s your fault; it won’t be ours,” he says. “We have a culture of validation and respect for work-life balance, so we don’t give out awards for most hours worked.”

It’s this combination of delivering results and respecting his employees that Warrey says makes Gau such a great entrepreneur.

“Jeff has boundless amounts of energy that rub off on people,” Warrey says. “He truly cares about people on his team and wants them to succeed in their career, and you can just sense that when you work with him.”