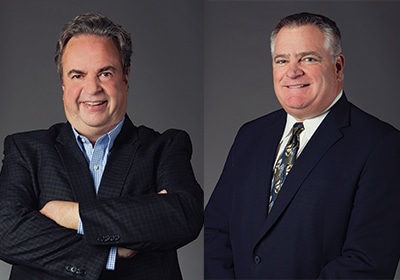 What It Does: Publishes books and interactive e-books for schools and school libraries.

In 2008, Robert “Bob” Coughlan needed some innovation. His educational book company, which had been running so smoothly for nearly two decades, had suddenly hit a wall.

When Coughlan and his brother Jim, fourth-generation members of an entrepreneurial Mankato family, purchased Capstone in December 1989, it specialized in books for boys in third through fifth grades who had trouble reading, or simply didn’t like it. Bob Coughlan had children about that age, and the company’s mission appealed to him. He expanded Capstone’s offerings to pre-K through upper middle school, and to girls as well as boys. He also stretched its market from school libraries to books used in classrooms.

In the first 10 years of Coughlan’s ownership, Capstone went from 48 to 2,500 titles, and the growth continued from there. Then the Great Recession hit. “Our revenue was coming from one market, the U.S. library market,” Capstone CEO Tom Ahern recalls. “Even six and a half years ago, it didn’t take a genius to say that is not in and of itself a growth market opportunity. So what we had to do is look at this vast amount of content we were developing, and had developed, and figure out innovative ways to get it into digital format to try to reach kids wherever they are. We couldn’t rely on the fact that all these kids were going to make it to their library to get access to our content.”

Ahern joined Capstone at the tail end of 2007. A 20-year veteran in the education technology realm, with a career stop in San Francisco, Ahern joined Bloomington-based Plato Learning (now Edmentum) in 1999, then got involved with an Eden Prairie analytical-software startup called SwiftKnowledge, which was sold in 2012.

“I said to the brothers, ‘I know digital, I don’t know print,’ ” Ahern recalls. “And they said, ‘We have a lot of people who know print, we don’t have anybody that knows digital.’ So that started the marriage.”

Ahern was charged with getting Capstone back into growth mode. “In some ways, it was like we were Blockbuster: We had great content but an archaic way that people had to get it,” he says. “We had to be Blockbuster that turned itself into Netflix.”

The strategy that Ahern and Bob Coughlan devised was to expand Capstone from simply a book publisher and printer to a multi-platform educational company. In 2010, Capstone started myON, a digital publishing division that converts print books into interactive e-books. In addition to text, myON’s “enhanced digital books” include several features, including recorded audio, quizzes and an embedded dictionary.

“We’ve wrapped [the myON Reader] around two things: assessment, so we know what reading level the kid is at; and then, like Netflix, we will go through and do an interest inventory,” Ahern says. “The system then reaches in online and puts on their dashboard the 10 to 12 books that are of their interest and at the appropriate reading challenge level.”

According to Ahern, more than 3.5 million students have used the myON platform. Capstone has lured about 50 other publishers to myON’s online library, including Sports Illustrated, Disney and Little, Brown.

Thanks largely to myON, “our digital business [in 2014] will be almost as big as the business was in total when I got here,” Ahern says. That said, “we will be close to 35 percent business digital,” he adds, noting that “the forecasters of print’s demise were a bit premature. We have seen significant growth in e-book sales, but people are still buying print.”

“Bob has created a culture of risk-taking, stretching oneself constantly,” Ahern says. “That’s a great culture to work in every day.”