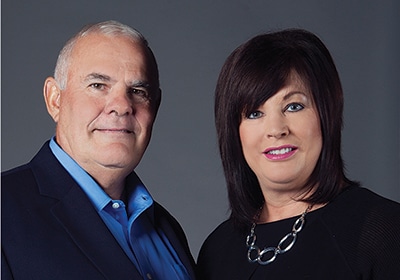 What It Does: Manufactures and distributes foundation repair products.

Greg and Nancy Thrasher had built a successful basement-repair business in the Omaha area. But during their three decades in business, they were frustrated that structural-hardware distributors didn’t offer much service or support. They thought they could do better.

And they have. Six years after launching Foundation Supportworks Inc., the Thrashers have constructed a $40 million company that provides contractors and dealer-distributors with the supplies—and the business support—they need to succeed. While Foundation Supportworks (FSI) designs and sells wall anchoring systems and other products to shore up troubled residential foundations, it pairs those supplies with consulting services in marketing, sales training, operations and more.

“What separates us from the competition is that we work with our dealers and train them,” says Greg Thrasher, who is the company president. “We support them in all phases of their business, such as how to answer their phones, how to hire and how to sell their products.” The idea behind such services, he adds, is that “the more successful they are, the more successful we are.”

To help its customers with their marketing efforts, Foundation Supportworks works with web and graphic designers, 3D animators and video specialists to produce advertising pieces for customers and improve lead generation from their websites. Foundation Supportworks also deploys structural and geotechnical engineers who offer training and expertise to local dealers; curriculum developers provide classroom and webinar training for back-office teams. According to Thrasher, it’s not uncommon for dealers who use these services to quickly grow their businesses from $3 million in sales to $15 million to $20 million. Before long, Foundation Supportworks built a network of 140 dealers throughout the United States and into Canada.

Foundation Supportworks’ attention to detail impresses Jason Hansen, first vice president at American National Bank in Omaha, which has been the couple’s lender for eight years.

“A lot of their impressive growth has to do with Greg and Nancy having impeccable ethical standards. It’s why they’ve been able to achieve the success they have,” Hansen says. “They already had been successful with Thrasher Basement Systems, and they didn’t need to do this.” But, Hansen adds, “they realized they could do this better than anyone else.”