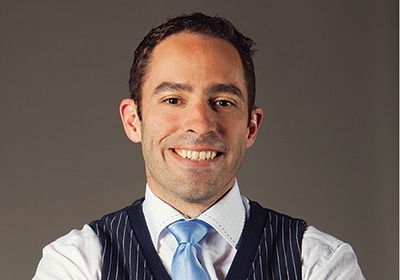 What It Does: Provides integrated electronic health records and practice management technology for urgent care practices.

Eric McDonald was one of those computer whiz kids who started a company shortly after college. It took a few years for the business to get up to speed. But by 2004, he was starting to sell the software on which his Sioux Falls firm, DocuTAP is based: practice management software that runs on tablet computers and helps medical professionals and administrators streamline urgent-care practices.

“All we do is urgent care, and our goal is to be the backbone of these clinics and manage everything electronically,” McDonald says. DocuTAP currently has about 800 urgent care practices in 45 states under contract; each clinic has three to six physicians on staff. The firm’s revenue has increased year over year by about 70 percent for each of the last three years.

Getting to this point wasn’t easy. McDonald cites Palm Pilots and Handsprings (remember them?) as the source of the initial idea for his product. “I figured that everything was going toward handheld devices,” he says. “I realized that health care is so dependent on paper, and it would be great if a physician could put information into a handheld device.”

For the software to sell, however, it had to run on the right hardware, and that was difficult to find. In 2000, Wi-Fi was new; iPads and other tablets were in the future. “We worked with a lot of other start-up groups to make a go of tablet PCs,” McDonald says. The company’s initial software, he says, ran on tablets that cost between $2,000 and $3,000 each. The tablet market has since caught up with DocuTAP’s need for hardware that clients can easily afford.

“Now urgent care is one of the fastest-growing niches in health care,” McDonald says. “We live in an on-demand society, there aren’t enough primary care physicians, and both Obamacare and insurance companies discourage people from going to the ER for a bladder infection,” he says.

McDonald’s current focus is in pushing the idea of software as a service. “This is a software-as-a-service company,” he says. “When a client signs the contract, we make nearly no money. We charge a transaction fee every time the client sees a patient. It’s a really good idea, but it’s a hard way to bill.”