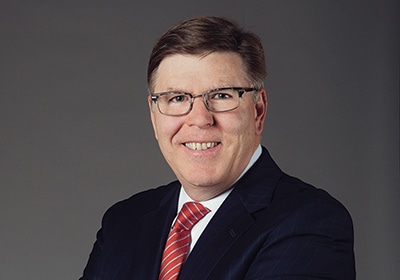 What It Does: Markets dairy products, produces animal feed, and sells seed and other agricultural products through farmer-owned retailers.

The fact that he runs a Fortune 500 company doesn’t mean that Chris Policinski can’t act like an entrepreneur. In fact, he has.

Policinski, Land O’Lakes CEO and president since 2005, saw an opportunity for Land O’Lakes to expand. By 2050, the world’s population is projected to grow nearly 40 percent, to 9.6 billion. “With that kind of population growth, and the combination that diets are improving in Asia and the middle class [is] emerging there—and the same in Africa—experts say we’re going to have to nearly double food output,” Policinski says.

As a farm cooperative for more than 90 years, Land O’Lakes seemed poised to contribute. But back in 2005, Policinski says, “we [were] really not structured right to do so.’”

What was wrong? By 2005, Land O’Lakes had become something of a holding company, with several low-performing business. Policinski and his management team saw a chance to transform Land O’Lakes into a vigorous operating companies well positioned to embrace agricultural and food-product opportunities. So they began shedding nonessential units—an egg company and a fertilizer manufacturer, to name two—and focused Land O’Lakes on three value-added, branded businesses:

Building WinField “gave us scale,” Policinski says, allowing Land O’Lakes to trim costs and make better deals with vendors such as fertilizer wholesalers. “And because we had the scale and could do things more efficiently,” he adds, “it started to open our eyes to new technologies.”

Case in point: Geosys, a French satellite imaging company that Land O’Lakes partnered with, then acquired. Geosys allows farmers to “map how crops grow in real time using satellite imagery,” Policinski says. “From the information we get, we can tell a farmer what is happening with their crop during the season.” This provides “a great way to optimize the crop, the yield, the economics, because you are only putting on what is needed, when it is needed.”

All this isn’t to say that creating a more entrepreneurial company was easy. “Probably the biggest challenge was to come in as the CEO and say ‘We’ve been around since 1921, but we are going to have to change the way we do business,’ ” he says, “and we’re going to have to do business under an operating company model that allows us to take a lot of cost out of our business to reinvest in this great growth opportunity.”

Policinski acknowledges that not all employees were enthusiastic about the changes at first. “Entrepreneurs all have this passion to do something in their business, to improve people’s lives,” Policinski says. The message he instilled: “‘We are really part of something much bigger. We are part of growing more food in an increasingly sustainable way to feed a hungry planet. That is a big deal.’ That really energized our employees.”

As CEO, Policinski has “done an exceptional job in my view of focusing on areas where he saw opportunities,” says Kevin Jach, managing director and co-head of the food group at the investment bank Lazard Middle Market. Jach worked with Policinski at Pillsbury in the mid-1990s; since moving to their respective current employers, he and Policinski have worked together on 10 transactions. Among those was Land O’Lakes’ 2012 purchase of the Kozy Shack line of desserts.

“Sometimes in large organizations it’s more difficult to move forward and do that,” Jach says. “But he’s done a very good job of driving both organic and M&A initiatives that have positioned Land O’Lakes for long-term growth and continued success.”