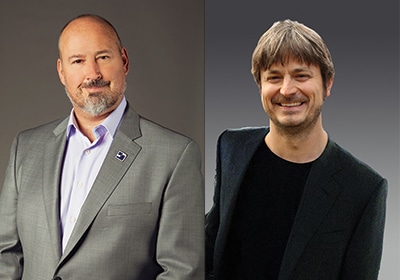 What It Does: Develops and manages IT management software suites for desktop and mobile Apple technologies.

For JAMF Software co-founder Chip Pearson, one of the turning points in his company’s success came early on. Along with his business partner Zach Halmstad, Pearson was looking for customers for his startup’s enterprise-wide services on the Apple platform. “We were just two systems administrators; we’d never positioned a product, so it was a little awkward for us at first,” Pearson recalls.

Still, he and Halmstad were able to find some clients. Business was building, particularly among creative agencies, which have long preferred Macs over PCs. Pearson and Halmstad even found themselves in London, trying to interest a major U.K. ad agency in JAMF’s services.

“I was pitching my heart out, thinking I was doing a great job,” Pearson recalls. “And someone raised his hand up and said, ‘Excuse me, you’re talking about your solution. But you haven’t listened to our problems yet, so how do you know you have a solution to our problems?’ ”

That query, Pearson says, “changed everything for us . . . . Before then, we were really excited to tell people about what we had made. We found that if we had listened to what was ailing them, that we had a good match for them.”

Thanks to 12 years of listening, JAMF Software has built a company that has grown along with the Apple product platform. Its flagship product is the Casper Suite, which allows organizations of all sizes to nimbly upgrade, maintain and manage their Apple computers and devices, including iPhones and iPads.

“When we started out, we had a really simple philosophy,” Pearson says. “We took all the things we hated about the software companies we were dealing with and we did the opposite.” For instance, “we hated how software companies would sell you one thing, and if you wanted to get everything you saw on the demo, there were multiple charges after that.” Instead of nickel-and-diming, “we’ll give you everything for the same price and we stuck to it, with no additional charge.” This approach has helped JAMF build a customer base that’s about half businesses, half educational institutions. On the commercial side, JAMF has seen its base expand from content creation companies—ad agencies, media studios—to tech firms and, more recently, manufacturers, banks and Fortune 500s. “We see people adopting the Apple platform in lots of different ways in multiple industries today,” Pearson says.

The ability to keep up with the ever-changing world of Apple is why Dan Pickens, head of instructional technologies for Farmington Area Public Schools, works with JAMF to maintain the district’s 7,000 iPads and 500 MacBooks. “We needed a company that was going to be able to grow and change with our needs, because we weren’t exactly sure what we were going to need a year or two years from now, or even next month,” Pickens says.

Pickens’ school district requires that kind of flexibility. “Sometimes you want to allow freedom, other times you want to have a little more control,” he notes. One obvious example of control is keeping a kid from uploading an inapt app. “We need to be able to [make changes] on the spot and not have to reset things,” Pickens adds.

While JAMF allows schools and employers control, the company is also accommodating a different, somewhat opposite trend in IT. “We are moving from kind of the centralized command-and-control model of information technologies to an emerging user-centric approach,” Pearson says. “When all the stuff that is out there online, users are making decisions on their own more and more. And we help users protect themselves from the unintended risks they are putting themselves into .”

Pearson and Halmstad now are pursuing $30 million in new funding to expand their firm’s capabilities even further. “We just look at the new markets Apple is creating with iPad, iPhone and Mac—there are new customers being generated every day.”