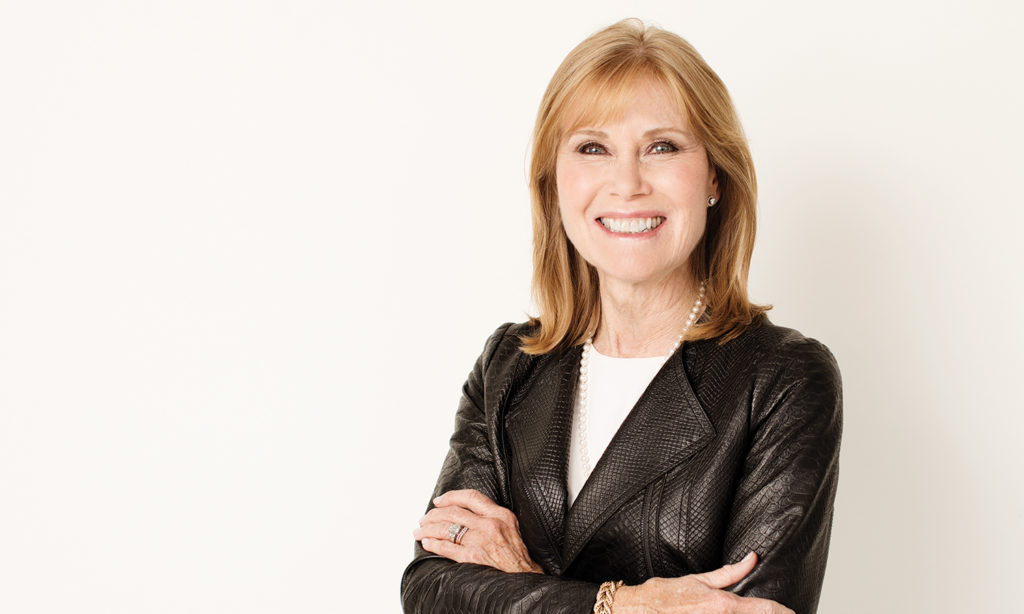 For Board Service to Bachman’s Inc.
By Allison Kaplan
| October 18, 2020
Profile Video

For Board Service to Bachman’s Inc. (2005–present)

Board directors are charged with advising, critiquing, and speaking up to leadership of companies they serve. That’s business.

But when the business is a 135-year-old retail institution so well known that the sight of flowers in lavender tissue instantly evokes its name, and six of nine directors are fourth- and fifth-generation family members, being an independent voice could get uncomfortable.

Not for Deb Hopp, whose deep understanding of consumer behavior and appreciation for community business has made her a sought-after board member for many Twin Cities organizations for more than 25 years.

“Deb understands our business from the customer perspective and provides thoughtful guidance for continuous improvement,” says Susan Bachman West, president of Bachman’s Inc., where Hopp has served on the board for 15 years. “Her incredibly strong marketing and communications background has helped guide Bachman’s in our traditional and digital marketing, as well as our e-commerce strategies.”

Never has that marketing expertise been more appreciated by Bachman’s executive team than this year, as Covid-19 disrupted retail during the critical spring planting season, including two of the company’s most profitable holidays, Easter and Mother’s Day.

“To be shut down right before the key garden season was a horrifying moment,” says Hopp, who joined the Bachman’s board in 2005, when she was publisher of Mpls.St.Paul Magazine. She’s now senior vice president of MSP-C, the custom content and digital marketing agency of MSP Communications, which is the parent company to both Mpls.St.Paul and Twin Cities Business. In the publishing business, as in floral and garden sales, it’s imperative to know your customer.

“This is also an industry where you don’t need to go to a florist to purchase flowers anymore. You don’t even need to go to a garden center to purchase trees or shrubs,” Hopp points out. “So how do you reinforce that organization, reinvent for what’s changed in the marketplace and, because of Covid-19, has just hugely changed again?”

For Hopp, whose board service includes cultural institutions such as the Walker Art Center and Minnesota Orchestra, the key to evolving with the times while staying true to company heritage is careful planning. Bachman’s immediately had a plan to respond to the pandemic, Hopp says. “They needed validation from the board: How do you react, how would this play in the community? Their leadership spent hours and hours planning contingencies. The board’s role was to say, ‘What feels right?’ ”

Before joining the board, Hopp got to know its chairman, Dale Bachman, through the University of Minnesota Foundation and the U of M Alumni Association, which the Cloquet native says is “the closest thing to my heart—everything I am today was because I made the choice to go to the U of M.”

Dale Bachman says he was impressed by Hopp’s extensive engagement in the community, from the Greater Twin Cities United Way to the Minnesota Women’s Economic Roundtable. “She’s so tuned in.”

Hopp gravitated to Bachman’s for many of the same qualities the company respects in her. “They are so involved in the community. The Minnesota Landscape Arboretum wouldn’t be what it is without the involvement of the Bachmans. They put a lot of people to work, and they provide a lot of joy. We have a responsibility to the businesses that have invested in this community to invest back.”

Hopp brings that same sense of community to her work on the HealthPartners board, which she joined in 2018. “It’s really about how do we improve the health of the community? I’m there to represent the patient.”

HealthPartners president and CEO Andrea Walsh notes Hopp’s thoughtful leadership. “In a year marked by so much change and uncertainty, her leadership has driven smart, creative solutions to help us provide the best care and services to our patients and members,” Walsh says.

She may be the ultimate board insider today, but Hopp remembers being the only woman in the room on some of her early boards. Helping other women on the way up has long been her mission—Susan Bachman West isn’t alone in calling Hopp a “valuable mentor.” This tumultuous year has only bolstered Hopp’s commitment to diversify board rooms by continuing to broaden her network. “It’s time for new voices—younger, female, BIPOC. We’ve all been talking about this for years; it has to happen. We need to look beyond board lists [when filling seats] and mine the talent a layer or two below the C-suite.”

Hopp currently serves on four boards. She’s always made time for board service while managing a very full-time career—even when she was raising two daughters by herself, after her husband died. “Board service became my social life,” Hopp recalls. “It’s given me an enormous group of people who can help with problem-solving. You get to see how other people lead, and you get outside yourself and your business. It’s an incredible way to build a network.”