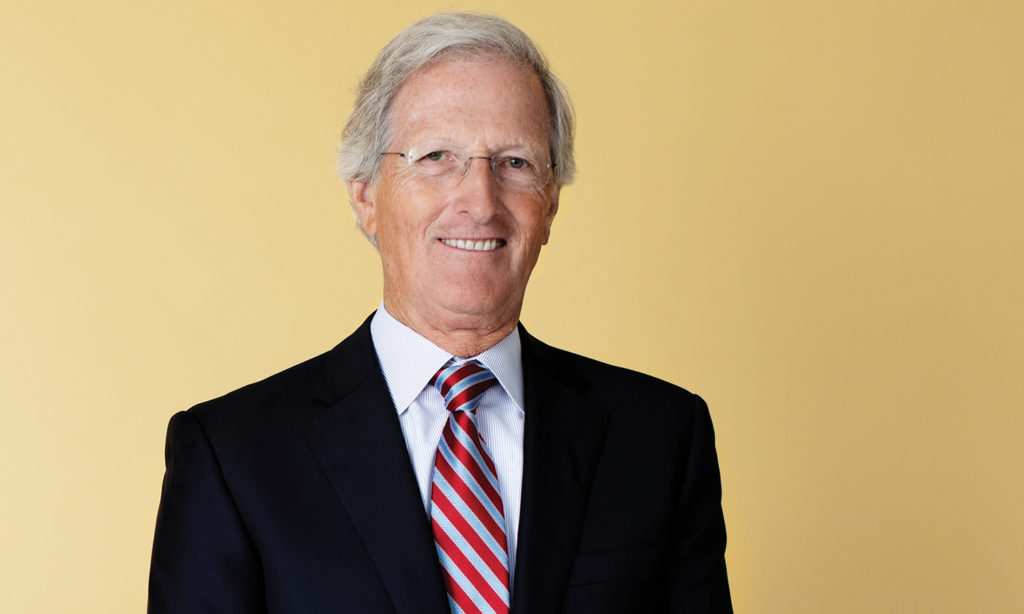 For Board Service to 3M Company
By Adam Platt
| October 18, 2020
Profile Video

Greg Page joined Cargill in 1974, fresh out of college, and worked there until his retirement in 2016. It took him a quarter-century to ascend to Cargill’s board, but in the ensuing two decades he has become passionate about director service and integral to the management of several prominent global companies.

His attributes are perhaps best extolled by close friend, retired Delta Air Lines CEO Richard Anderson, who served on Cargill’s board while Page was CEO from 2007–2013. “Cargill is the most global U.S.-based company. Greg can see global trends from multiple perspectives. Cargill had 13,000 plants, 50,000 employees, products in every aisle of every grocery store. Greg knew every single bit of it.” Yet Anderson is most struck by Page’s humility, despite his lofty roles. “He has an appreciation of cultures and traditions. He demonstrates modesty and courtesy. He’s the definition of a servant leader.”

Page enjoys board service, because he “likes the business of business—how different companies organize themselves; how they behave,” he says. He adheres to former Wells Fargo CEO Dick Kovacevich’s philosophy that “you should never be on a board where it doesn’t serve the interests of the shareholders where you work.”

He’s spent his directorships on boards that mirrored Cargill’s global footprint, after spending seven years living in Asia managing Cargill divisions in Thailand and Singapore. “I looked for international or companies that dealt with similar tax policy; companies that made things, for which logistics were important,” he says. “It was valuable to me developmentally, and it was valuable to Cargill’s shareholders because I asked better questions at Cargill because of it.”

This anecdote makes his point: “When I came back from Asia, I was put into a business unit that had a big contract with McKinsey. I sat down with the [McKinsey] partner and said, ‘Why do we pay you all this money?’ He said, ‘Greg, frame of reference is worth 80 IQ points.’ You get to be on boards and you’re with the CEOs of Coca-Cola and UPS and Microsoft. You don’t get smarter, but you get frame of reference.”

His director peers have seen that wide-ranging perspective firsthand. “Greg is able to understand the work within strategy, looking at it from 50,000 feet or diving deep into a topic or question to verify we’re on the right track,” says Dave Dillon, retired Kroger CEO, who serves with Page on the 3M board. “He regularly notes some item that might seem insignificant but gives us an understanding of what happens in the organization. The clarity of his thinking is remarkable.”

At 3M, Page has a directorship challenge like few others: A global public company that sells B to B and B to C, with more product lines and business units than most Fortune 500s would countenance.

“It is more complicated, but that’s historically why 3M has traded at high multiples. They have substantial importance in key product segments where R&D capacity is critical,” Page says. “3M has a periodic table of 38 to 40 technologies where they believe they have the right to win. The unifying thought process is to [pursue products that] take advantage of multiple technologies of their periodic table, where 3M has unique capability combinations.

“As the board looks through product categories,” he continues, “you have to ask, ‘Is this a defensible product category within those values?’ Our research effort is to add new boxes to the periodic table and new products with combinations of those.”

He finds the greater challenge to be one of structure. “How to organize 3M is very complicated because we’re in lots of countries and [have] lots of products. To gather up $33 billion of sales, you’ve got to sell a lot of 77-cent face masks in a lot of geographies. The need for horizontal collaboration is huge.”

Page says that under CEO Mike Roman, 3M is shifting from a geographic matrix organizational structure to a product-line driven one—a strategic dichotomy that represents an “inevitable tension” in companies with large global footprints. Roman offered these thoughts on Page’s contributions to 3M:

“Greg is a highly respected global business leader and strategic thinker who has made and continues to make invaluable contributions to 3M and our board. His experience leading Cargill—along with his expertise in manufacturing, global markets, and innovation—has helped 3M further advance our leadership in science and sustainability, and his thoughtful insights, wise counsel, and deep commitment to ethics and integrity make him a role model as a director.”

The 3M board is composed of four committees; Page serves on audit and science/technology. Page has served on the 3M board as the company has sorted through an environmental investigation and settlement over groundwater pollution from its operations in the Twin Cities east metro. Page says the board has been actively engaged. But he says the greatest risk for boards like 3M’s is “brand reputation as it pertains to multinational ethics. It is probably the single largest subject and one goblin that lives forever in the boardroom.”

When considering social responsibility topics, Page worries about Wall Street’s willingness to support companies that put issues of social welfare ahead of shareholder return. “Is there a willingness to accept lower returns for [progress on issues such as] environment, labor equity, diversity?” he asks. “I don’t sense there’s the stomach in it for a lot of institutional investors.”

There’s a sentimental side to Page’s board service as well. Raised in tiny Bottineau, N.D., his father was a John Deere dealer, and Page now serves on its board. He met his wife, Kathleen Blatz, (a TCB lifetime achievement award winner for her board service) on the board of Big Brothers Big Sisters in the mid-1990s.

“We are a multiboard couple. Marriage to a board member is also worth about 10 IQ points,” he quips. “Kathleen is a very serious director. Her filters are policy, so we can look at the same facts and the sieving is very different. Which is huge fun unless she’s wrong, which is almost never.”