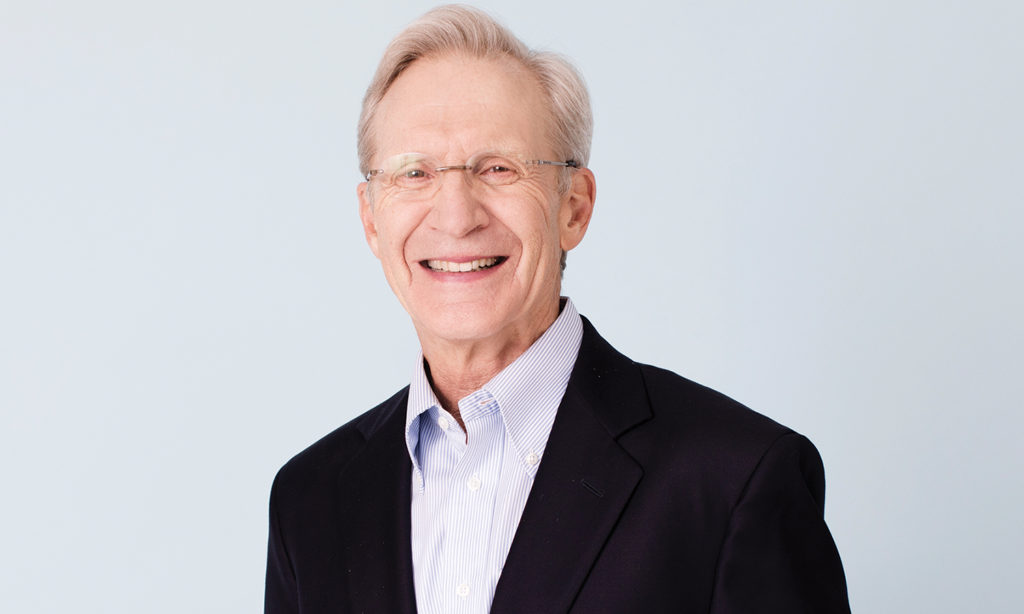 For Board Service to TPT and RxFunction Inc.
By Burl Gilyard
| October 18, 2020
Profile Video

Some might see serving on a board of directors as a time-consuming, often thankless hassle. Bob Rinek, managing director of Piper Sandler Merchant Banking, sees it as a calling.

“What appeals to me is you’re constantly learning and you’re always being challenged. You’re helping with real issues that companies are facing, [you’re] being a problem solver,” says Rinek, who also is co-CEO of PJC Capital Partners based in Minneapolis.

“As a board member you are really serving as a guide to the company … on their journey.”

Rinek is a rarity on the board of St. Paul-based Twin Cities PBS, also commonly called TPT. Board members are typically limited to two three-year terms, but Rinek has so far served a total of 10 years.

“They mandatorily kick you off the board,” Rinek says. “You have to be asked to get back on.”

When Rinek first joined the TPT board in 2009, he was filling out the two years remaining in Sylvia Kaplan’s term. (Sylvia’s husband, Sam, had been named U.S. ambassador to Morocco, so they were headed abroad.) After that, he served two three-year terms, during which he chaired the finance committee, and served as vice chair and chairman. He left in 2017; he was asked to return in 2018 and chairs the finance committee again.

Although TPT is a nonprofit, Rinek says that’s not the mindset.

“Twin Cities PBS is run like a company. I’m used to companies because that’s what I do for a living. That board is one where you bring your brain … because it’s run like a real company board,” Rinek says. “It’s a full-line business that generates significant revenue.”

Rinek was on the board in 2019 when it selected Sylvia Strobel as president and CEO to replace Jim Pagliarini, who had led TPT for 20 years. Strobel started her career at TPT in the 1990s as deputy counsel; she later served as an executive at St. Paul-based American Public Media Group.

She currently serves on the board of National Public Radio, among other commitments.

Strobel says that Rinek’s tenure on the board is an asset to TPT. “He brings a really great financial perspective to the board,” Strobel says, who took the TPT reins in February. Reflecting on Rinek’s contributions since the pandemic arrived, she says, “He’s always been there to be a sounding board. He is a passionate participant. I think he shows up for just about every virtual event that we have. I always know Bob’s going to be there.

“He’s just been involved with TPT for a long time,” says Strobel. “He’s a real thought leader among other board members.”

In the for-profit world, Rinek is a board member of Eden Prairie-based RxFunction Inc. Rinek knew co-founder Lars Oddsson and, as an early investor, helped get the company started in 2010. The company has no connection to Piper Sandler. Rinek personally invested; he has a profile as a local angel investor.

RxFunction’s product? A device called Walkasins. It looks like a lower leg brace, but it delivers sensory signals to the lower leg for people with peripheral neuropathy.

Tom Morizio joined RxFunction as president and CEO in October 2018, with the goal of raising capital and getting Walkasins to market.

“Bob’s just a positive source of ideas,” Morizio says. “Bob brings a unique perspective to our board. He comes from within the investment banking world; it helps us look at situations a little differently.” (Morizio recently left the CEO position.)

The company has raised $13 million to date through a combination of
Series A investors and National Institutes of Health grant funding.

Rinek also knows a wide range of people who might otherwise be outside of the company’s orbit, Morizio adds. “Bob has a network that’s different than some of the rest of the board and that is useful … in making a different set of connections.”

Rinek is energized by helping companies at key points of growth.

“They are growing very quickly and trying to raise some additional money. I’ve been working with the board to help them through these stages of growth that growth companies have,” Rinek says. “It’s a huge market.”

This is where Rinek’s decades of financial industry experience prove invaluable. He first joined Piper Sandler in 1982.

“What I’m able to bring to the table is, in my job at Piper Sandler, I’m one of the guys who run the merchant banking fund. That’s a commercial stage growth fund. What we do is we help fast-growing companies with a range of different issues,” Rinek says. “We’re in the capital markets area: We understand the dynamics of mergers and acquisitions, we understand what IPOs
are about, and we understand the needs of growth companies.”