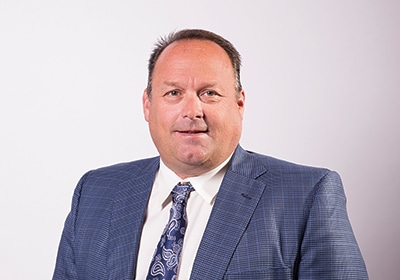 Don Rachel’s entrepreneurial spirit likely can be traced back to his family’s example. His father ran a service station by day and did excavating and dynamite work by night. From an early age, his son was determined to build a business of his own.

It took him a little time to get there, and he first worked for several construction-related firms. Those years laid the groundwork for his current success: In 2006, he established his own company, Rachel Contracting. Now in its 10th year, the St. Michael-based demolition, earthwork, utilities and specialty contracting company is—often literally—a smashing success. Among its recent projects are the demolition of the old Ramsey County Jail and West Publishing buildings. Both were built into the side of a bluff, so this reality also required the construction of a giant concrete wall to prevent deterioration. Rachel also has performed demolition and utilities work for the University of Minnesota’s Athletics Village.

Don Rachel’s company has become a go-to subcontractor for numerous firms. One is Lyon Contracting, a St. Cloud-based construction company whose specialties include multi-family projects. Rachel has worked with Lyon “on both large and very tight sites,” Lyon Contracting president Jeff Drown says, with work ranging from excavating and making space for underground parking garages to finished grade.

“They’re a first-class organization from top to bottom,” Drown says. The company is always easy to work with, “even when problems present themselves,” he adds.

And when problems surface, as they often do in a construction project, Rachel wants his employees—from top to bottom—to act, in a sense, as their own entrepreneurs. Workers are generally free to do whatever it takes to accomplish the job with minimal hierarchy getting in the way. At the same time, Rachel encourages employees to participate in several company committees that help gather ideas and dig up better ways to help the company—and its workers—succeed.

“Probably the most rewarding is finding like-minded entrepreneurs to work side-by-side with and see what they can do,” Rachel says. For him, building a company also means building its people.