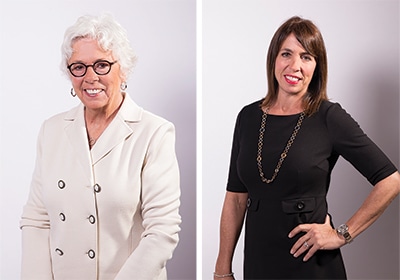 How does Kowalski’s Markets do it? The supermarket business long has been intensely competitive. In recent years, a steady stream of larger grocery chains have been opening new stores in the Twin Cities: including Whole Foods, Hy-Vee, Trader Joe’s, Fresh Thyme Market and Aldi. Big-box retailers Target and Wal-Mart are now big grocery players, too.

Kowalski’s is much smaller than those firms, but it’s continuing to strategically add new stores. Last year, it opened its 10th store, in Excelsior. This November, it will open a 25,000-square-foot store at a former Rainbow location in Shoreview. “The competition is continuing to ramp up, but we’re continuing to hold steady with our brand,” says Kris Kowalski Christiansen, the family company’s chief operating officer.

That brand was established in 1983 by her parents, founders Jim and Mary Anne Kowalski, who saw room in the market for a more upscale grocer. They purchased a former Red Owl store on Grand Avenue in St. Paul (Jim had been a Red Owl executive). Clearly, their entrepreneurial hunch was right. Even as the boomlet for new grocery outlets continues, Kowalski Christiansen says that the chain is scouting additional sites for future growth, with possible new stores opening in 2018. (Jim Kowalski died in 2013; Kowalski Christiansen says that her mother is still “actively involved in the business.”) There’s also a growing grocery delivery business called Kowalski’s On The Go.

But for Kowalski’s Markets, there’s more to business than the bottom line. For instance, the company’s Groceries for Good Causes program donates money to nonprofit organizations in the communities where each store is located.

That focus is another key aspect of the brand. “One of the wonderful things about the Kowalski family and their brand is they are not just grocery retailers, but genuinely part of the communities that they serve,” says Jamie Pfuhl, president of the St. Paul-based Minnesota Grocers Association. “They’re really vested in giving back.”

Kowalski Christiansen says that the family business sets itself apart from competitors with its culture and customer service: “We are committed to sustaining this company for generations to come.”