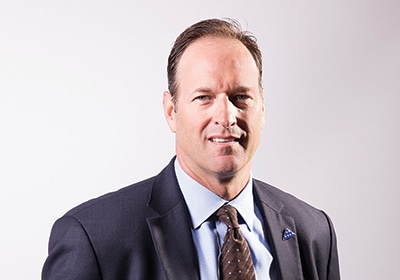 After his 25 years in the medical device industry—including leadership roles at corporate giant Siemens and local startup NeuroVasx—Eric Timko knows that the med-tech business often can be a tooth-and-nail battle. Nevertheless, when he took over Blue Belt Technologies as CEO in 2011, Timko fixed his sights on the direct competition, MAKO Surgical.

Based on technology developed at Carnegie Mellon University, Blue Belt’s Navio surgical system incorporates a robotic-controlled device that allows surgeons to more precisely shape bone in orthopedic procedures, particularly knee replacements. Timko’s job was to commercialize Navio, which long had been under development.

Key to his strategy was listening to the surgeons themselves. “We had physician after physician after physician give us all of the positives of MAKO and all of the negatives,” Timko says. This helped him develop marketing strategies built around product differentiation. “Our footprint was smaller, the cost was a third of theirs, and we were open architecture, meaning we worked with all the implant companies that wanted to work with us,” Timko says.

The sale prompted big paydays for Blue Belt’s top-level executives. Yet, according to Scott Taylor, who worked with Timko at NeuroVasx and is now senior vice president of sales at St. Paul-based Merrill Corp., Timko felt the wealth was better shared among the many than the few.

“He and a group of his top-level executives got together and they handed every single person at that company a check and said ‘We could not have done this without you,’ ” Taylor says. “I think that speaks volumes to who Eric is, because I don’t know many people that would show gratitude by literally writing a check from their own checkbook.” Timko remains with Smith & Nephew during the transition phase. In time, he says, he’ll be “looking for the next Blue Belt.”