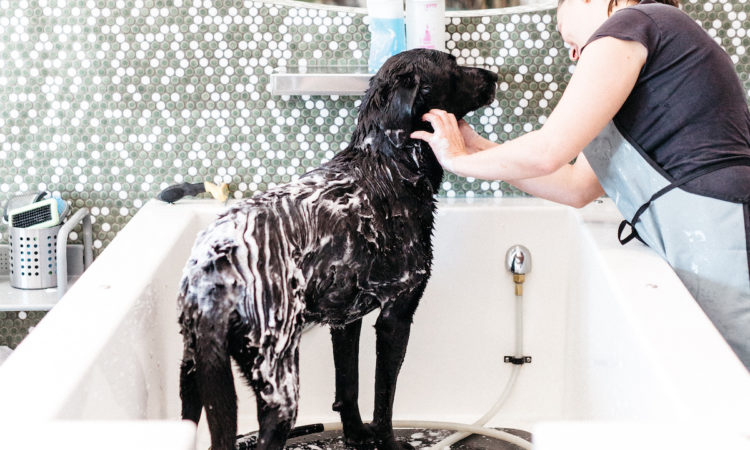 The Minneapolis-based dog groomer and self-service dog wash brings a decade of experience to its growth strategy.
By Allison Kaplan
July 01, 2021

“There is no real leader in a grooming franchise right now, and most of the other companies are newer with no track record of success where we have 10 years already,” said co-owner Keith Miller. He and his wife Patricia opened their first dog wash in 2011 and have grown to four locations in Minneapolis, St. Paul, St. Louis Park and Maple Grove.

Offering both self-service dog washing and full-service dog grooming is a key differentiator for Bubbly Paws, Miller said. “Most focus on the grooming aspect, and don’t provide the self-service as an option, and with Bubbly Paws it is where half of our sales come from so we love it.”

The Millers began preparing for franchising in the early days of the pandemic when their salons were closed due to state Covid-19 restrictions. “We used the pandemic to update everything from our stores, shampoos, and we even created our own custom online booking software called pawtastic.app,” Miller said. “The pet industry is booming right now and we’ve proved our concept is both recession and pandemic proof. We’re excited to share our knowledge, success, and love of pets with others that want to get into the pet industry.”

Since March 2020, one third of Americans adopted a new pet, according to Rover.com. Currently, Bubbly Paws is booking appointments as far out as October at its St. Louis Park location. “It’s crazy,” Miller said. “We’ve added groomers and are in the process of building another grooming room.”

Miller said Bubbly Paws has long received franchising requests; conversations with potential franchisees are already underway. “Our plan is to grow slow, but steady” Miller said. “Just like we have with the stores.”

Bubbly Paws joins a several other local businesses that have started franchising in just the last year including Face Foundrie, a walk-in skincare salon, and Stalk & Spade, a new plant-based burger restaurant founded in Wayzata by Steele Smiley, whose Crisp & Green salad concept has taken off as a national franchise business in the past year, thanks to its sophisticated app for ordering ahead.