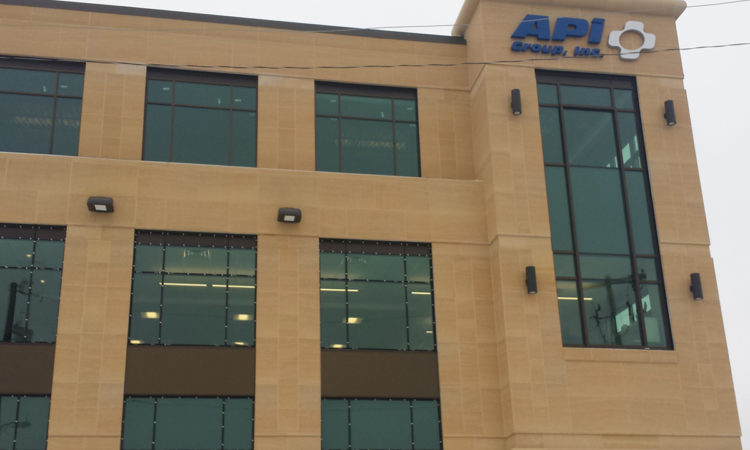 Slated to close by the end of the year, the deal will double APi’s employee count and likely put the company on the Fortune 500 list.
By Dan Niepow
July 28, 2021

A $3.1 billion acquisition is slated to double APi Group’s headcount.

On Tuesday, the New Brighton-based provider of safety and industrial services announced that it has inked a deal to buy the Chubb fire and security business unit from London-based Carrier Global Corp.

The deal is slated to close by 2021’s end, according to a news release issued Tuesday.

The acquisition is also likely to put APi Group on the Fortune 500 list. On Fortune magazine’s yearly ranking of U.S. public companies by revenue, APi ranked 656th, with a revenue of $3.59 billion in its 2020 fiscal year. Chubb, meanwhile, reported annual revenue of $2.2 billion.

Even if the two firms’ revenue remains flat in 2021, that would bring APi’s total revenue to nearly $5.8 billion. For comparison, Moody’s — the 500th company on the Fortune 500 list — reported revenue of $5.371 billion in its most recent fiscal year. Patterson Co., which was one of two new Minnesota entrants on the list this year, reported yearly revenue of $5.49 billion and ranked 491st.

APi Group was acquired by a special purpose acquisition company, or SPAC, in 2019, well ahead of the current trend. The move turned APi into a publicly traded company; after it was acquired by a SPAC based in the British Virgin Islands, shares of APi began trading on the London Stock Exchange. In May 2020, the company switched to the New York Stock Exchange.

Ever since its own acquisition, APi has been buying up other safety-related companies. In October 2020, the company announced plans to spend $300 million on four acquisitions. That included the purchase of SK FireSafety Group, a Dutch supplier of fire extinguisher and other firefighting equipment.