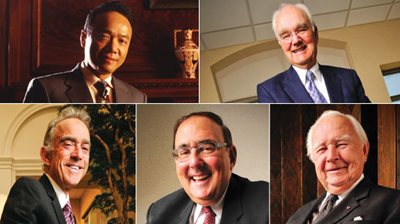 They are leaders, achievers, and role models. They have built large enterprises from scratch or turned small businesses into leaders in their industries. Each has been an agent of change, each a source of inspiration.

Inductees into the Minnesota Business Hall of Fame join an elite of Minnesota’s most accomplished business leaders of all time. This year’s inductees are:

Michael Fiterman, who in 1983 became president of a $77 million company that his grandfather started to refurbish wooden boxes and burlap bags—and in the next 26 years transformed it into a $500 million producer of corrugated cartons, plastic-extrusion products, health care equipment, office products, and high-tech machine tools designed for international markets.

Dennis Frandsen, a self- described “entrepreneur and oppor-tunist” whose start-up in lumber cutting when he was 18 led to the acquisition and development of forested land—and then, during a 55-year career, purchases of several manufacturing operations and 38 community banks with $1.4 billion in assets.

Viet Ngo, a Vietnam-born, University of Minnesota–educated designer and builder of water-treatment facilities and other large infrastructure projects in the Americas, Europe, Africa, and Asia. Ngo, who employs 600 people, has completed more than 300 projects in his company’s 26 years, working now on a solid-waste treatment plant in Ho Chi Minh City and a natural-gas-compression plant in Nigeria.

Edward Jay Phillips, who bought and managed his family’s budget-liquor business, then in 1994 formed Millennium Import Company to introduce two premium vodkas to American consumers: Chopin and Belvedere. The latter alone accounted for $1 billion in U.S. sales in the following 10 years. After selling Millennium for an estimated $300 million, he has focused on philanthropic work.

Carl Platou, who transformed Fairview Hospital, the second smallest of about 25 Twin Cities hospitals, into a seven-hospital, 90-clinic, health care system—and in doing so, engendered the idea of multi-hospital systems, through which most U.S. health care is now delivered. More recently, he has spearheaded a Minnesota Medical Foundation effort to fund a world-class biomedical research park.

Their careers are summarized and celebrated below. Please join us in honoring them in person at a gala Minnesota Business Hall of Fame dinner on July 23. 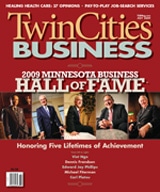 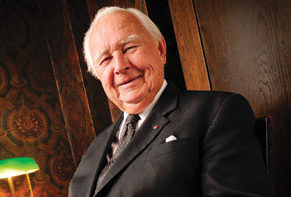 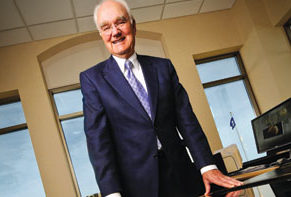 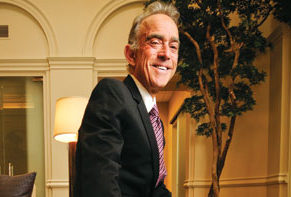 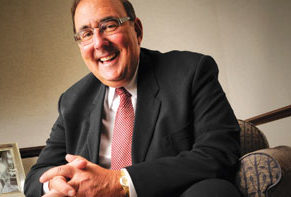 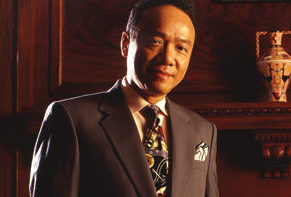