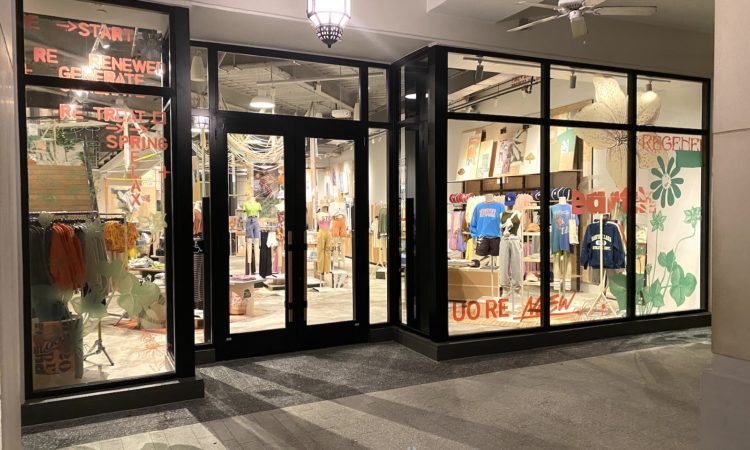 Despite 2020 losses, the lifestyle retailer is optimistic about a spring rebound and will open at the Minnetonka mall April 1.
By Allison Kaplan
March 10, 2021

Despite a lousy 2020 with in-store losses that weren’t recouped through online sales, Urban Outfitters will open a new store at Ridgedale Center on April 1.

This will be the lifestyle retailer’s fourth Twin Cities location. Its longtime spot on Hennepin Avenue has been for sale since 2019,  but the Uptown store remains open for now. It continued to operate throughout the pandemic and social unrest that claimed many of its neighbors, including the Apple Store and just recently, Sephora, which shuttered its store at Lake and Hennepin in January.

“When we were searching for the best possible site for our next Minnesota location, Ridgedale center became the clear choice because of its strong customer base, ideal west-metro location, and overall store mix,” Urban Outfitters district brand manager Kyle Surprise said in a statement. A local marketing rep for the company said she did not have information on plans for the Uptown store. Urban Outfitters also has stores at Mall of America and Rosedale Center.

The new store will be located on the upper level of Ridgedale’s Nordstrom wing, where there are a few vacancies, including the Banana Republic store that closed during the pandemic. This is the west metro mall’s first new tennant announcement in many months and comes at a time when even traditional mall retailers, like Sephora and Victoria’s Secret, are saying their future is not at shopping centers.

Urban Outfitters, which also owns the Anthropologie and Free People brands, suffered a disappointing holiday season. Sales fell 8.4 percent year over year in the last two months of 2020. Urban Outfitters Inc. cofounder, chairman and CEO Richard Hayne has expressed optimism for a spring retail rebound. He pointed out that in the last week of February, seven of the top-10 selling items were dresses.

He’s not alone: Evereve is also stocking up for an anticipated spring rebound. The Edina-based chain, which also has a store at Ridgedale Center, plans at least a half dozen new store openings throughout the country this year.