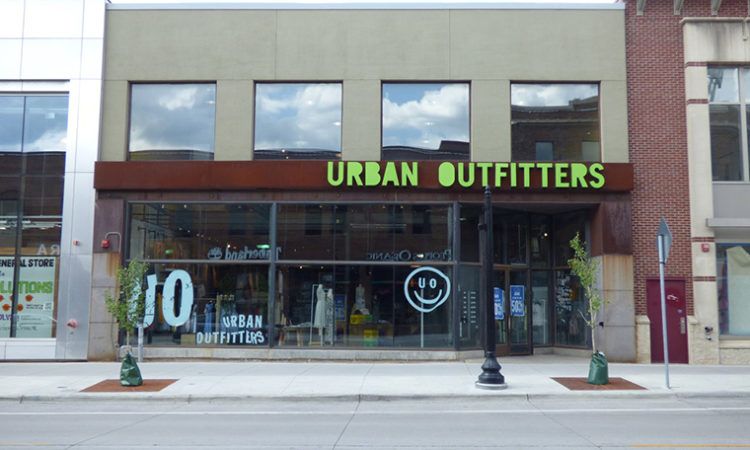 National retailers continue to pull out of the neighborhood as experiential-oriented offerings move in.
By Dan Niepow
June 15, 2022

The future of Uptown Minneapolis is experiential, apparently.

As national retailers continue to pull out of the area, a group of experiential-minded entrepreneurs is poised to take their place. On Tuesday, Urban Outfitters announced that it will end operations in Uptown on June 20, capping the exodus of national retailers from the neighborhood. Furniture seller CB2 closed its Uptown store in late April, while Canadian shoe seller John Fluevog shuttered in fall of 2021. CB2 is slated to be demolished to make room for apartments, restaurants, and a grocery store.

Some observers saw the 2020 closure of the Uptown Apple store as one of the biggest blows to the area’s retail scene.

For those who have been paying even the slightest attention to the neighborhood, the Urban Outfitter news is not at all surprising. The retailer’s building has been listed for sale since 2019.

“After 32 years, we’re sad to say our Uptown Minneapolis locations last day is June 20th,” Urban Outfitters officials wrote in an Instagram post. “But we hope to see you at UO Mall of America.”

While there’s no word on who will take Urban Outfitters’ place, the store’s neighbors are pressing on with plans of their own. Chris and Jennifer Pennington, who launched Can Can Wonderland mini-golf course in St. Paul back in 2017, soon plan to open another mini-golf venture in the Seven Points mall, formerly known as Calhoun Square.

The couple’s latest project, known as Arts + Rec Uptown, will include a rooftop sculpture garden that’s slated to open in July, says Chris Pennington. The main floor will open in September, he says. While he’s sad to see Urban Outfitters go, he’s looking forward to the neighborhood’s next chapter.

“I’m a strong proponent of keeping Uptown weird,” says Pennington, who lived in the neighborhood for a decade. “I think we can accomplish that and contribute to that.”

The former Kitchen Window store on Hennepin is probably the best symbol of Uptown’s changing character. The store formally shuttered in January 2020, but for now, it’s become a temporary exhibit for the annual Minnesota ArtCar parade artists. Originally created for the winter Art Shanty Projects on Lake Harriett, 30 “vehicular outfits” have been on display in Kitchen Window since May 18.

Across the street from Kitchen Window, the owners of the Uptown Diner in April opened a “sister restaurant” known as the Uptown Cafe. At the time, Tommy Skubal, the cafe’s general manager, said that the new eatery “will help revitalize what was once one of the most bustling blocks in Minneapolis.”

“After everything that has happened in the last two years, what our community needs right now is a local spot where people can come for a coffee, or a pancake, and connect with their neighbors again,” Skubal said.

Meanwhile, over at the corner of Lagoon and Hennepin, developer Ned Abdul hopes to transform the iconic Uptown Theatre into a performance venue.

With the elimination of street parking along sections of Hennepin, developers and neighborhood boosters have been working to draw more nearby residents in lieu of car-dependent visitors. “We’re looking for neighborhood-first uses that generate daily visits,” Sam Ankin, managing principal of Seven Points’ owner Northpond Partners, told TCB earlier this year.