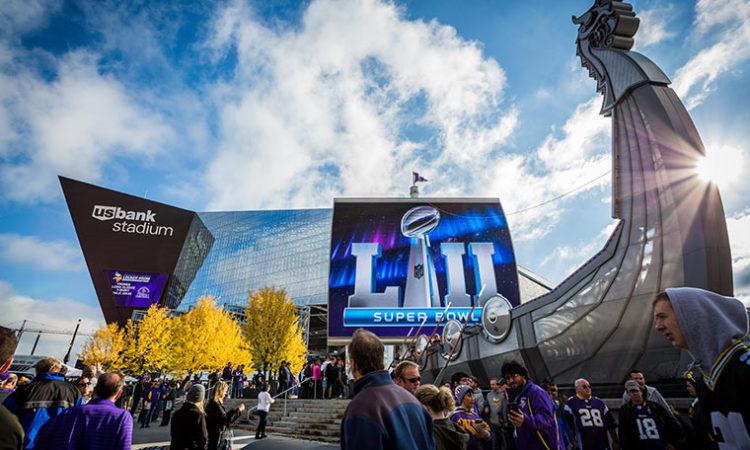 The Super Bowl Pregame that Wasn’t

Hopes of turning the weekend prior to the big game into a major visitor magnet were not realized.
By Sam Schaust
April 01, 2018

In the weeks leading up to Super Bowl LII, it was the magic number touted regularly by the state’s host committee of just how many visitors would be in the Twin Cities to celebrate. Only 125,000 were expected to come from beyond the metro area, and it was hoped this number of visitors would be spread over two separate weekends, the first being of particular appeal to regional visitors within 250 miles.

“We all did encourage people in the surrounding area and locally to come to the events in the prior weekend and early week,” says Meet Minneapolis spokeswoman Kristen Montag. Minnesota Super Bowl Host Committee spokeswoman Andrea Mokros further clarifies: “We have always talked about the 10 days of festivities in two distinct events: the first six days, which were intended for locals, and the final four days, which is when the game-goers arrived.”

With the warmest weather of the Super Bowl period on tap, were event organizers able to attract Midwesterners to Super Bowl Live, the Super Bowl Experience and the glories of the zip line and ice castle that first weekend? Hotel data suggests perhaps not.

For weekend No. 1, average occupancy rates among Twin Cities hotels were down year-over-year, according to data from Tennessee-based hotel industry research firm STR, with information on a region stretching from Norwood, Minn., to Baldwin, Wis. Super Bowl hosting cities Minneapolis, San Francisco/San Jose and Houston “all saw slight [hotel room] supply increases over the previous year,” STR spokeswoman Haley Luther explains, “so the decline in occupancy could be reflecting that.” Montag of Meet Minneapolis also notes 2017’s Great Northern Festival was in January rather than February, another possible reason for the drop in 2018.

Nevertheless, the Host Committee contends it reached its benchmarks. “Locals did, in fact, turn out for those first six days—we had capacity crowds at our concerts each night,” says Mokros. “Over the course of the 10-day celebration, we hosted more than 1.05 million visitors on Nicollet Mall.” Further economic impact details, Montag adds, are set to arrive this spring from Rockport Analytics. 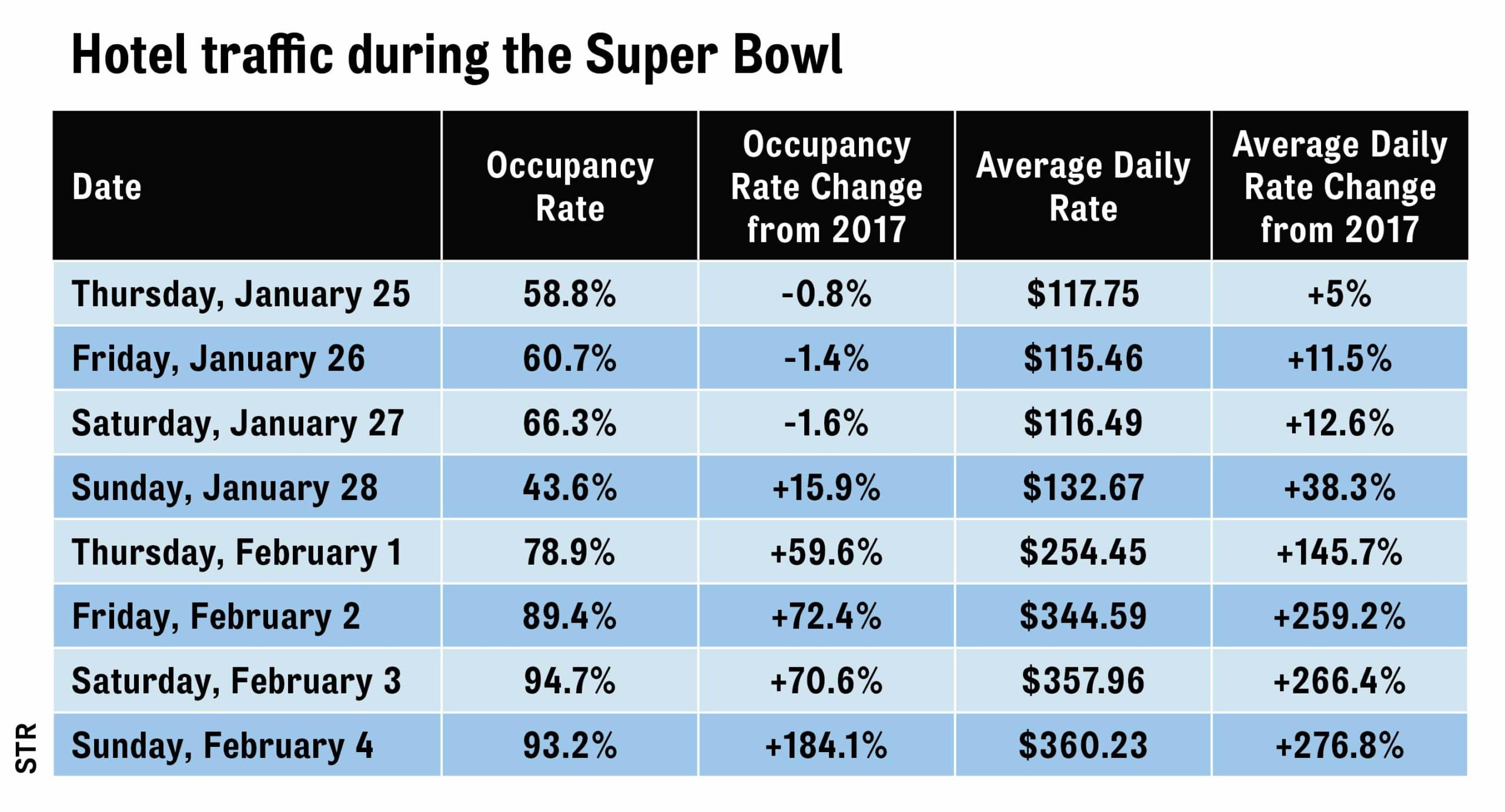 April at Last
Plugged In: April 2018
Office Vacancies on the Rise
Twin Cities Fares Poorly on 'Hipster Index'
See all stories by this author >