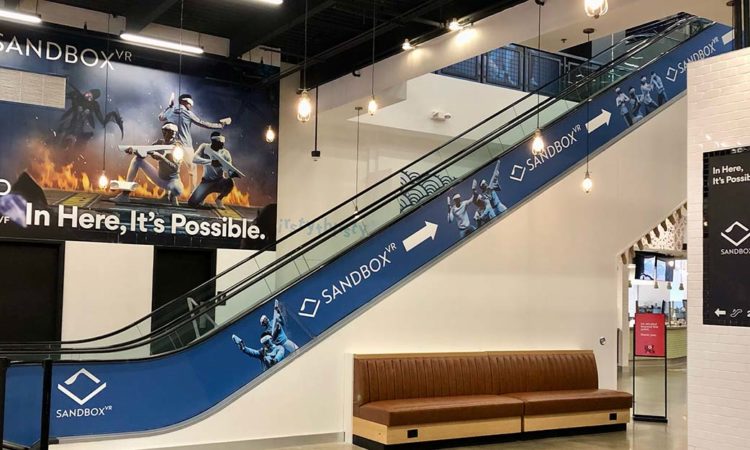 The company’s virtual reality technology gives users a chance to explore five different “free-roam” worlds. When customers arrive, they’ll strap on VR gear to gain access to worlds filled with zombies, pirates, and other mythical creatures. Participants then work together to complete predetermined missions. Sandbox VR allows up to six customers to play at a time.

“Our mission is to push the boundary of human interactions through immersive technology,” said Sandbox VR spokesperson Kristen Marion in an email. “The future of VR will mesh deeper into our daily lives with rich immersive experiences ranging from entertainment, productivity, education and health.”

Including the Rosedale location, Sandbox VR currently operates 9 VR centers in North America and four in Asia. Marion said the company received “a lot of requests” to open a location in the Twin Cities. The startup plans to continue expanding throughout the Midwest.

Why Rosedale? Marion cited the mall’s “centralized location and its popularity with locals.” And, like many North American malls, Rosedale has long been on the hunt for “experiential” tenants to stay relevant.

“Ultimately, the goal for Sandbox VR is to be in every neighborhood and we foresee additional locations in the Twin Cities down the road,” Marion said.

Last month, Sandbox VR announced that it landed $37 million in a Series B raise. The company said it aimed to use the funds to expand its presence across the globe, TechCrunch reported. Sandbox VR also aims to open locations in London and Toronto.

VR isn’t a new phenomenon in the Twin Cities. Back in 2018, the Mall of America opened a similar VR concept called “The Void.”