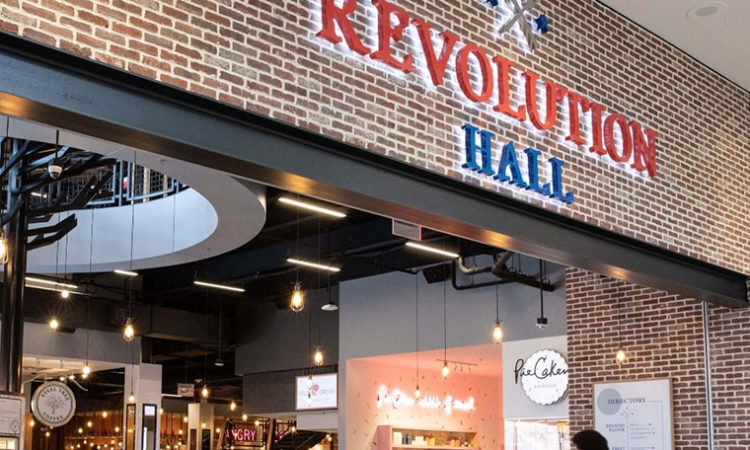 The mall intends to replace the hall with a new concept featuring local vendors.
By Dan Niepow
July 09, 2019

Less than a year after it opened, Rosedale Center’s new dining hall concept is closing.

Revolution Hall will be replaced with a different food hall featuring local vendors, though the mall hasn’t yet set an opening date for the new venture. The hall operated in the site of a former Borders bookstore.

In an email, a Rosedale Center spokesperson said closing the hall will give Rosedale Center time to secure new vendors and open before year’s end. The new concept will include local restaurants and vendors, though the mall hasn’t named any yet.

Revolution Hall, which opened in November 2018, offered a range of creative food options like poke bowls, waffle sandwiches, and sushi burritos. The hall was notable for being an entirely cash-free operation.

Each individual food concept was developed by Craveable Hospitality, which also operates restaurants in New York, Connecticut, Ohio, and elsewhere. Craveable operated the hall under a single contract.

“In closing Revolution Hall, we will now be able to satisfy the demand for an engaging customer experience,” said Rosedale Center general manager Lisa Crain in a statement. “We are excited to develop an innovative experience that celebrates our local food and beverage community that we know our guests will love.”

Craveable Hospitality operated the Revolution Hall in partnership with Rosedale Center, which is managed by Jones Lang LaSalle.