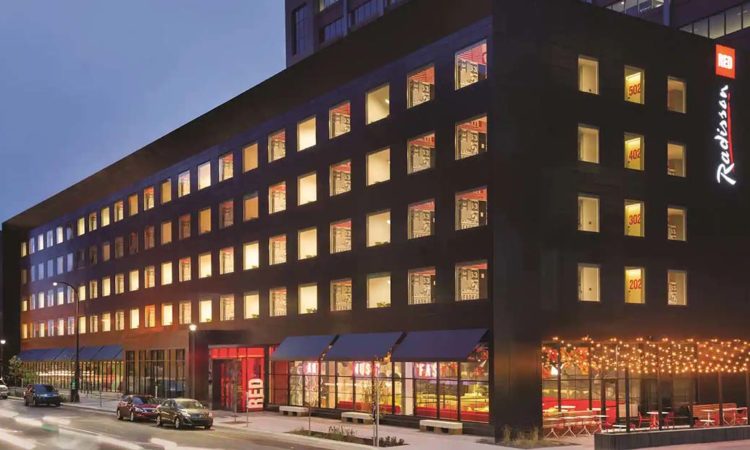 Choice Hotels execs view the deal as a way to expand their reach into higher-end hospitality.
By Dan Niepow
June 14, 2022

On Monday, Maryland-based Choice Hotels International announced that it has reached a deal to acquire the franchise business, operations, and intellectual property of Radisson Hotel Group Americas for $675 million.

The deal, which is slated to close in the second half of the year, will bring 624 hotels under the Choice umbrella.

Radisson’s ownership structure was already fairly complex even before the proposed Choice acquisition. Radisson Hotel Group Americas is actually the result of a 2021 split of the brand. The Americas group covers a number of branded hotels throughout United States, Canada, the Caribbean, and Latin America. Another entity known simply as Radisson Hotel Group oversees a line of hotels throughout the rest of the world.

Back in 2018, a consortium led by Chinese state-owned tourism company Jin Jiang International Holdings purchased Radisson Hospitality. Around the same time, American companies with foreign ownership came under increasing scrutiny as the Trump administration engaged in a trade war with China and other countries. Radisson then split into two separate operations “in light of U.S. concerns of data sharing with a foreign entity like Jin Jiang Holdings,” travel website Skift reported last year.

Jin Jiang remains a majority owner of the entire Radisson Hotel Group enterprise for now. In an email, a spokesman for Radisson said that Jin Jiang “is aligned with the strategic rationale for the transaction” as outlined by CEO Gonzalez.

For many years, the Carlson family owned the Radisson brand. But the family recently began selling off its hospitality-related ventures. For instance, the Carlsons are no longer the majority owner of longtime Minnesota-based business travel company CWT. The family first sold the Radisson brand in 2016. The buyer, Chinese conglomerate HNA Group, would later go on to sell the hotel brand to Jin Jiang two years later.

Big hotel brands like Radisson and Choice brands are essentially brand licensors, usually not hotel operators themselves. Of the 642 hotels under the Radisson Hotel Group Americas umbrella, just three are directly owned by the parent brand. The remainder are franchised businesses.

Ben Graves, CEO of Minneapolis-based Graves Hospitality and former Radisson franchisee, said the deal sounds like a “very good, strategic option” for Choice. But the ultimate success of the transaction will hinge on Choice improving Radisson’s brand in the U.S.

Graves describes it as “turning around the brand in the U.S.” That could include “enhancing” the company’s reservation system and loyalty programs, he said.

“I think the price point seems pretty advantageous for Choice hotels,” he added.

As for Radisson’s corporate operations in Minnesota? The company doesn’t plan to close any offices “in the near term” as a result of the transaction, a spokeswoman said in an email. Radisson Hotel Group Americas “locations will continue to be open and available for associates to work,” the spokeswoman said. “This includes Radisson Hotel Group America’s St. Louis Park location. We will provide timely updates, if any, after the deal close.”

The companies don’t anticipate any layoffs in the near term, either. The main purpose of the transaction is to “accelerate growth from the complementary businesses,” which includes “retaining associated talent,” the spokeswoman said.

Meanwhile, Choice International views the deal as a way to expand its reach into “upscale” markets. Today, its most well-known brands include Comfort Inn, Clarion, and Econo Lodge. The company does already have a few upscale offerings, such as its line of Cambria hotels. But execs see the Radisson purchase as a way to round out the company’s higher-end offerings.

“This transaction brings together two highly complementary businesses, enhancing our guest offerings in the core upper-midscale hospitality segments, while extending our reach into the upper upscale and upscale full-service segments and in higher revenue geographic markets,” Choice Hotels president and CEO Patrick Pacious said in the release.