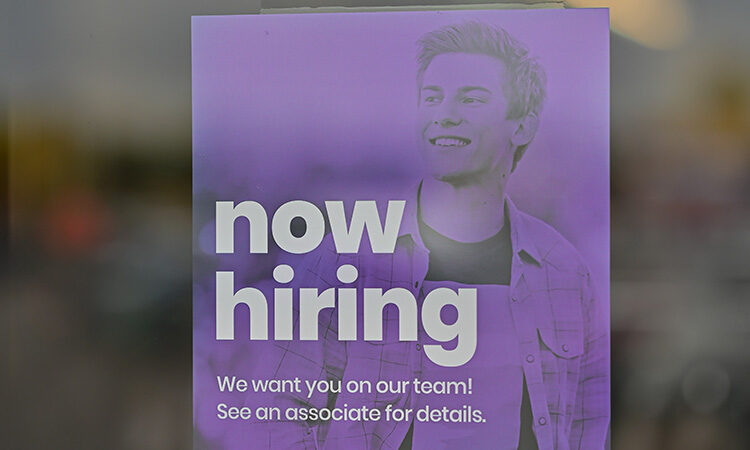 A sign seeking workers at a business in Coon Rapids. Debra Anderson / Shutterstock.com

It’s up two-tenths of a percent from November. But it remains historically low, according to the state’s monthly jobs report.
By Dan Niepow
January 19, 2023

Minnesota ended 2022 with another small bump in its unemployment rate.

Minnesota started 2022 with an unemployment rate of 2.9%.

The state’s December unemployment rate still outpaced the national average, which sat at 3.5% for the month.

Compared to November, Minnesota lost 5,200 jobs in December, according to the Minnesota Department of Employment and Economic Development’s (DEED) monthly jobs report. The private sector did report a net increase in jobs, but that was offset by losses in government jobs, according to DEED.

“While the private sector gained 900 jobs in December, it was losses in Government jobs (down 6,100) that drove the jobs decrease,” DEED officials said in a Thursday news release. “Those losses were entirely in local government.”

Where were Minnesotans finding jobs last month? The leisure and hospitality sector was one growth area, adding 4,300 jobs in December, up 1.6% compared to November. Ditto for the trade, transportation, and utilities sector, which added 2,400 jobs, up 0.5%.