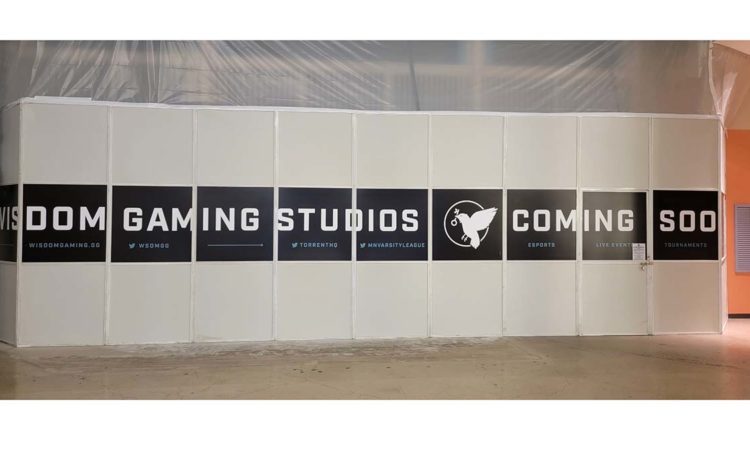 The Bloomington mall is partnering with Minneapolis-based esports company Wisdom Gaming to open a broadcast studio and esports venue.
By Tina Nguyen
October 14, 2021

Minneapolis-based esports company Wisdom Gaming and the Mall of America on Thursday announced plans to open an 18,000-square-foot broadcast studio and esports venue in early 2022.

To be located on the fourth level of the mall, the new venue will give brands a “unique platform to engage with esports communities via naming rights, advertising, and sponsorship opportunities,” Wisdom Gaming officials said in a news release. The MOA location will also serve as Wisdom Gaming’s new headquarters, a transition from their previous HQ in Bloomington.

“The esports community has grown exponentially in the Twin Cities over the past few years, and our partnership with Mall of America signifies a commitment to bring more opportunity to them by establishing a physical hub where they can gather and create connections with each other,” said Wisdom Gaming VP of sales and partnerships Nicole Du Cane in an email. “Our vision is to be a central location for esports, from watch parties to meet ‘n greets to larger-scale events.”

The goal is to transform the Twin Cities into a “true hub for the multi-billion-dollar esports and gaming industry,” Wisdom Gaming officials said. A year ago, the company landed a $3 million raise toward the effort.

“The venue opens new revenue streams for our company and provides a new physical space for esports communities to connect in person when they are ready,” Du Cane said. “We’re already seeing people return to live events across many industries. Having a multifaceted space allows us to produce and broadcast virtual events, so we can be flexible, remain competitive, and engage with audiences in a meaningful way as we continue to navigate the pandemic.”

MOA will also serve as a home base for Wisdom Gaming’s owned and operated brands and associated content, including Minnesota Varsity League, which focuses on growing high school esports within the state, and Torrent, the company’s esports organization with multiple professional esports teams, Wisdom Gaming officials said.

The venue will also feature a gaming lounge with food and beverage, seating for a live studio audience, and a retail shop.

“Tapping into the esports landscape has been something we’ve had on our radar for a long time, however, we wanted to ensure that we were approaching this audience in a holistic way,” said Jill Renslow, MOA’s EVP of Business Development, in the news release. “We are thrilled to partner with Wisdom Gaming, leveraging their expertise in the space to establish Mall of America as the premiere esports destination hub for guests, and global esports fans alike.”

The esports industry is still in its infancy, but it’s garnered interest from a number of prominent people and organizations. The Wilf family, owner of the Minnesota Vikings, for instance, has launched its own Call of Duty esports league, which is now housed at the team’s multi-use development in Eagan.