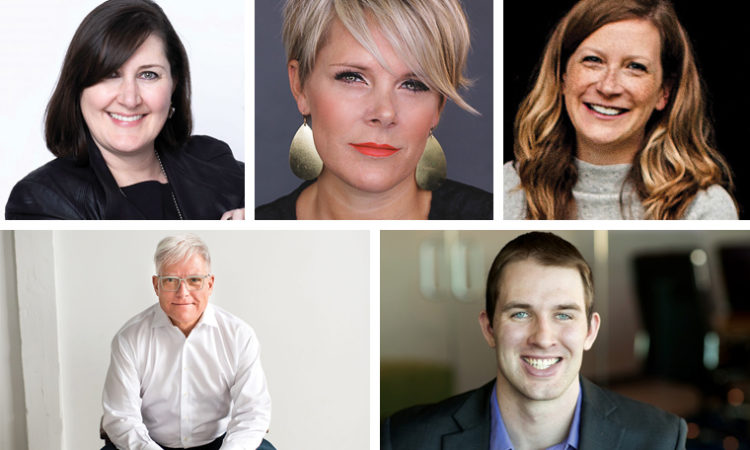 Make Way for the Side Hustlers

According to a Bankrate study released in June, 43 percent of full-time working Americans have another job outside of their primary job. They are the side hustlers.

As recently as a decade ago, people were wary of working more than one job. “It used to be called moonlighting,” says David Stillman, founder of Excelsior-based boutique consulting firm Gen Guru, which provides research and analysis on the way generational perspectives impact work and marketplaces. “The moonlighting term, in general, has a little bit of a sneaky, behind-the-scenes, maybe even doing-something-wrong overtone. So that’s the mentality, usually, of the older generations around making money on the side.”

Then came succeeding generations: Gen X, millennials, and the newest to the workforce, Gen Z. “Work” isn’t a 9-to-5 concept to them—which makes sense, since most employers today expect their employees to be reachable at nearly all hours—nor is it always just a means of making money, Stillman says. For many, work is about finding personal fulfillment. In response, they not only work multiple jobs, but those jobs are also becoming increasingly less on-the-side. They may openly blend the time spent on each.

Employers are smart to get on board, Stillman says. “As long as an employee is getting their job done well, who cares if they’re juggling another gig?”  he asks. “Companies that make room for the side hustle are the wise ones,” and they’re going to find that the flexibility is a great retention tool.

As the concept becomes more accepted, older generations are starting to sign up for it. Baby boomer Mark Fiddler, a Twin Cities adoption attorney and spin class instructor, is a prime example.

We chatted with Fiddler and four other Twin Cities professionals, spanning the generations, all of whom have unlikely second jobs, about why they chose two careers, how they got where they are today, and how they juggle it all. 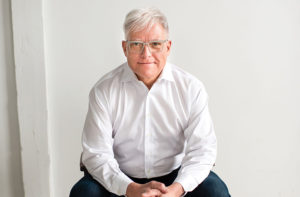 Side hustle | Indoor cycle instructor at the Edina Southdale YMCA

Mark Fiddler was feeling stressed, and about a decade ago, that stress began to manifest physically.

“I wasn’t getting enough exercise; I was putting on extra weight, and I knew I needed balance in my life,” Fiddler says. “I started road cycling outside … and I decided to take an indoor cycle class when winter came to maintain my fitness. That’s when I became hooked.”

In 2013, the Southdale YMCA, where he was a member and took classes, asked him to become an instructor, and he accepted with the same passion that drives him in his job as an adoption lawyer—a passion for helping people. “The YMCA really instills in you the value of serving others,” Fiddler says.

Being a good fitness instructor, Fiddler says, requires a lot of the same skills as being a good lawyer, such as the ability to teach, motivate, speak publicly, listen to clients’ needs, and help them achieve their goals.

Because Fiddler owns his own law firm, he controls his hours, making it fairly easy to juggle the average three to four fitness classes he teaches per week. Regardless, he thinks finding a way to do both is important.

“Our main jobs don’t typically meet all of our personal needs anyway—that’s too much to ask of one job—so I think if a side hustle meets some personal needs in a deep way, the balance will come and be the natural order of things,” Fiddler says. “When you find the right side hustle, you actually take away stress in your life, not add to it.” 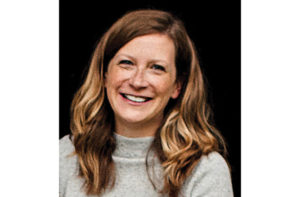 Side hustle | Founder and owner of Carver Junk Co., a furniture, décor, and gift store in Chaska

(*Dressen misses the Gen X demographic by a year and says she identifies equally with both generations, nicknaming herself a “xennial.”)

“When I was in college, I started making mosaics from found objects and that evolved into stained glass art. I started looking for a place to locally carry my pieces, but never found a retail location with the vibe I wanted. So, I added ‘open a local arts and crafts store’ to my bucket list,” says Brandy Dressen. She knew she’d needed a solid foundation in business and strategy, as well as a steady paycheck, so she began her career in consulting.

But the passion for art bubbled up again about a decade later when she saw a building on the main street of Carver that she knew would be perfect for a retail shop, and Carver Junk Co. was born in 2012. “My husband and I saw an opportunity in the market for a more modern take on refinished and handcrafted furniture and décor,” Dressen says. Her husband, Chad, creates most of the furniture for the store, now located in Chaska, while Dressen curates the gifts and décor, sourced from more than 100 local makers.

“I initially found a joy and fulfillment through Carver Junk Co. that I wasn’t finding in my professional career,” says Dressen, who hadn’t yet started working at Ascent. “It allowed me to connect with other makers, a community of builders and creatives, and to build something amazing.”

IT consulting and home décor “are about as unrelated as it gets,” Dressen admits. But, with her husband now working full-time for the shop, it’s just too risky for both of them to be self-employed, she says. Plus, she loves both jobs for the different fulfillment they provide, and she enjoys finding opportunities to have them overlap. Last year, she led Ascent’s executives in a workshop to make their own Christmas wreaths for the office. 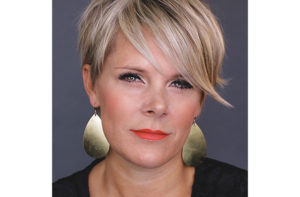 Erin Zosel may appear to have two very different careers, but in fact, they’re so intertwined, it’s hard for her to decipher where one ends and the other begins.

As a hair stylist for 23 years and a salon owner for three, a lot of people have passed through her doors. Many end up hiring Zosel as their real estate agent. Zosel says she’s always had a passion for homes and home décor, and she’d bought and sold multiple properties in the Twin Cities herself, so about four years ago, she decided to combine her interests.

“The network of people I come into contact with every day makes it so that I have the ‘inside scoop’ on what’s happening in the surrounding neighborhoods and what’s coming on the market,” Zosel says. “Then I become their matchmaker in the home world.”

The key to juggling it all? Delegating, she says. Her husband, co-workers, and business partners are “key to this all flowing so smoothly.”

Zosel says she doesn’t consider either of her jobs her primary career. “My jobs are the perfect combination,” Zosel adds. “The overlap is why it works and why I love them both so much.” 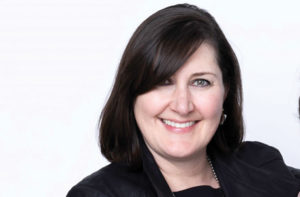 Side hustle | Co-founder and CEO of Alice Riot, a professional women’s clothing line that offers limited-edition prints by female artists in order to raise their profiles and boost commissions

In 2015, Kelly Groehler wanted to mix up her bland corporate wardrobe with pieces that would stand out.

“My business partner, Kate Iverson, posted one of her abstract paintings on Instagram, and I asked for it in a skirt, which she made for me,” Groehler says. “It led to a conversation about the lack of women artists represented in the $67 billion fine arts industry, and what we could do to encourage other women to invest in women artists.”

Groehler says she’s still learning how to balance her consulting work, Alice Riot, and everything in between. “I manage my days in blocks,” she says. That means one focus at a time, whether its client work, the fashion line, family, or personal wellness. “Not every day is perfect. I work to make the best of each day, but I don’t look back and worry about what I did wrong yesterday.”

Stepping out of her previous, more rigid staff roles with agencies and large, multinational corporations has opened doors professionally.

“We don’t have to accept the traditional rules or definitions of success. I left corporate because I didn’t want to play in someone else’s sandbox—I wanted my own,” she says. “And here we are.” 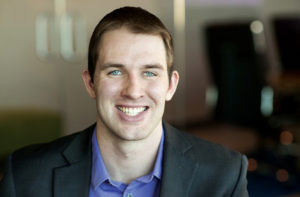 Many people get hooked watching sports in their spare time. But Jason Dorow takes it a play further: When he’s not working as a communications consultant at Tunheim, he’s in a sound booth, delivering the play-by-play for college or high school sports, or producing SKOR North broadcasts.

He first got into sports broadcasting as a college student at Northwestern University. “I’ve always loved sports, whether it was playing, watching, or working in them,” Dorow says. “Additionally, I love storytelling and media, which obviously drove me to journalism school. Naturally, I gravitated to the opportunity to call live games, and once I had a chance to do so, I was hooked.”

Dorow worried that there were few full-time jobs in broadcasting, and he had interests beyond sports, so he decided to go into strategic communications and keep the broadcasting gig on the side. But it takes dedication to keep up a side hustle, Dorow says.

“A lot of viewers probably don’t realize that play-by-play announcers spend more time preparing for a broadcast than actually calling the game,” he says. That includes combing through stats, reading up on players, and interviewing coaches. During the high school and college sports season from September to May, Dorow often broadcasts two to three games per week. “On the nights that I’m not working, I’m preparing for those games.”

You have to really love it to put in the extra 10 to 30 work hours each week, Dorow says.

“Some side hustles are simply intended for extra income, but I assume most are started to follow a passion,” he says. “And when you have the enthusiasm and passion for a job, you have the potential to turn a side hustle into a career you love.”