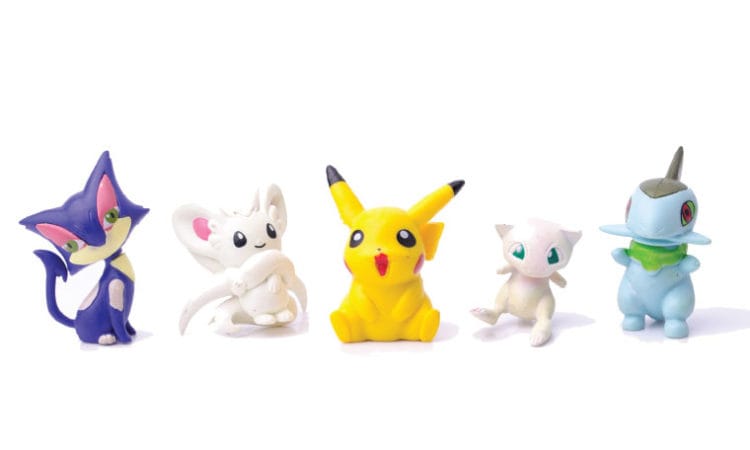 Its loyalists have made Mall of America a second home.
By Ana Diaz
April 01, 2020

Pokémon Go is an augmented reality game whose players interact on their phones with creatures that appear only in specified places. On monthly “community days,” players come together to catch rare Pokémon not normally available. “[MOA] is a frequent choice,” says Mark Besser, who attended with his wife and son in February.

With 147 million active players, Pokémon Go is not a fad, but a lasting gaming culture. Local players are drawn to MOA because it is indoors, has places to eat, and is big enough for everyone. MOA also has a high density of “spawn points,” (the locations where the creatures appear); all of them, other than sponsored ones, are picked by players themselves. (MOA representatives did not make a representative available for an interview.)

Mark’s wife, Susan Besser, says community days have kept her and her husband playing. “As older adult players, we wouldn’t still have interest if it weren’t for all the Pokémon here and the community,” says Susan, 57. “If the community day weren’t in the mall, we would visit less frequently, and with less duration.” During the February day, “we went into two or three shops, but didn’t end up buying anything. [But] we get lunch and dinner every time we come.”

For stores that sell Pokémon merchandise, such as Hot Topic, a youth-oriented fashion and accessory chain, Pokémon Go drives visits.

“We get a lot of people who come in just to talk to us about community day,” says Taryn Zander, a shift leader at the store. “We try to be really interactive with our customers [because] we’re fans as well.”

Starbucks has taken advantage of Pokémon Go’s lasting popularity and is the rare MOA business to advertise in-game. Every Starbucks at MOA is an official “PokéStop” where players can collect virtual items to use in the game.

“I think that being on the app drove a lot of business, especially when it first started up,” says shift supervisor Heather Pahl. “I think that it still drives new business. I’ll see two complete strangers strike up a conversation about Pokémon and make a relationship.”

Although some decry the solitary nature of digital culture, this pastime, at least, is highly social. Mark Besser notes he recognized 30 to 40 people that day: “It’s just like seeing neighbors.”

This story appears in print with the headline: Go Time.