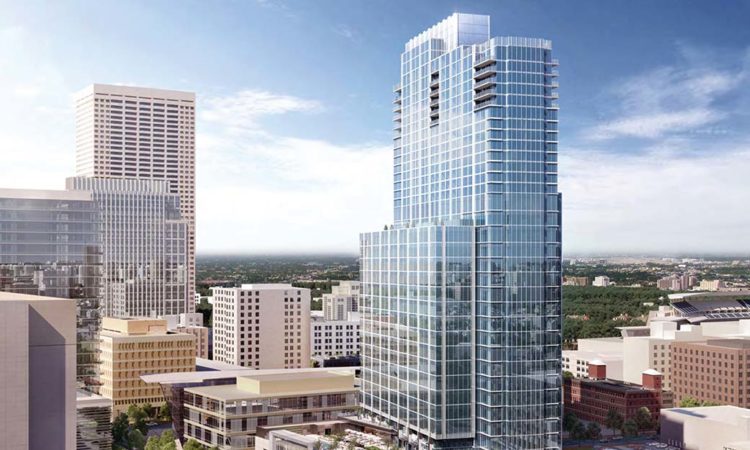 Four Seasons’ arrival in downtown Minneapolis is the latest attempt to transplant a luxury brand to the Twin Cities. Will this time be the charm?
By Adam Platt
June 05, 2022

The casualties were stacked up like cordwood in downtown Minneapolis over the last three decades: Saks, Neiman’s, Aquavit, The Conservatory. Plus Bloomingdale’s at MOA. Our rep was set: The Twin Cities and national luxury brands just don’t mix. There’s no obvious explanation; it’s not as if we’re a community lacking in affluence.

This month, another global luxury brand is giving Minneapolis a go: Toronto-based Four Seasons Hotels and Resorts. The Twin Cities has never had a five-star, full-on luxury hotel. Numerous properties have aspired to “four-plus,” as they say in the business—the Ivy in downtown Minneapolis, the old Grand Hotel (now the Hyatt Centric), the JW Marriott at MOA, and the St. Paul Hotel, to name a few. But none offered the array of services, amenities, and most importantly, trained staff to hit that bar.

Not long after Four Seasons/RBC Gateway Tower broke ground in 2019, a global pandemic hit, business travel stopped, and at its June 1 opening, a new normal hadn’t quite jelled. Delta Air Lines noted in March that business travel was finally returning to the skies, but the Minneapolis hotel sector, which rises and falls in lockstep with business travel, remains one of the most depressed in the country. “Fortune 500s have been the slowest to come back; they are not asking their employees for as much travel,” says Ben Graves, president of Graves Hospitality, which operates several hotels in the metro area. Fortune 500 travel spending is the tail that wags the hotel dog in Minneapolis.

It is into these headwinds that Four Seasons Minneapolis enters the market. General Manager Florian Riedel, who arrived last year after running the chain’s Palo Alto property, expects leisure and staycation customers to buoy the hotel this summer, drawn by its elaborate outdoor pool deck, an unexpected feature encouraged by developer United Properties. There are also two Gavin Kaysen-designed restaurants, a spa, and a location on the edge of the bustling North Loop. Thirty-four condos opening this fall on the top floors of the building will also use the hotel’s amenities.

In the pandemic especially, full-service hotels bleeding cash cut staffing to the bone. Four Seasons, says Riedel, is sailing a different tack. “There’s no change in our offerings or services,” And it’s not just 24-hour room service and a full-service spa. “Our customer, more than anything, values time, and our staffing depth is the truest definition of luxury.” Riedel should know; he joined the company in London 27 years ago as a bus boy. “We’ve kind of doubled down on maintaining our brand standards.” That includes traditional staffing ratios of more than one employee (300 in total) per room (222 of them). This is a feat, given that our existing crop of four-star hotels are struggling to find enough employees to return to 2019 standards of operations.

Four Seasons was once advertising summer promotional rates under $400 a night, but at press time rates were $525 and up. “I expect them to be the rate leader in Minneapolis,” says Graves. “They will likely accept lower occupancies to hold their rate base.” Graves expects the hotel to positively affect the entire downtown hotel market.

Others remain to be convinced. “I’m not sure they’re going to be able to maintain a near $600 a night rate,” says Richard Dobransky, president of Morrissey Hospitality (St. Paul Hotel). “Not unless corporate travel returns in a big way.”

What Work Looks Like This Summer
How We Work Now: Self Esteem Brands
Diversity in the Workplace: Breaking Through 'Minnesota Nice'
Office Envy: Radisson Hotel Group Americas
See all stories by this author >