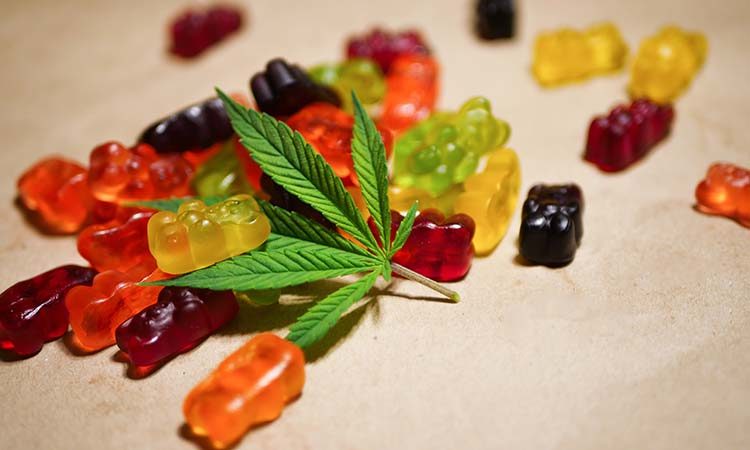 THC, the psychoactive component in marijuana plants, has actually been legal in some form in many states – including states that have not legalized recreational marijuana – since the 2018 Farm Bill went into effect. Shutterstock

On July 1, a new law implemented specific regulations around hemp-derived edible cannabinoid products. This opened the door to what seemed like a flood of new THC edible products across the state. But are these types of products actually new?
By Winter Keefer
October 06, 2022

It’s easy to get into the weeds trying to explain Minnesota’s new hemp-derived THC law.

There are a lot of moving parts and plenty of questions. What’s the difference between state and federal regulations? What exactly changed in Minnesota? Why does the 2018 Farm Bill keep coming up? What does “hemp-derived” even mean? Do retailers need a license to sell hemp products?

In short, there’s a lot going on. Here’s our attempt to clear up some misconceptions. Perhaps the most important thing to know is that these products aren’t really new to the market here.

THC, the psychoactive component in marijuana plants, has actually been legal in some form in many states – including states that have not legalized recreational marijuana – since the 2018 Farm Bill went into effect. The law, which went into effect in 2019, removed hemp from the Controlled Substances Act. The law defined hemp as a plant containing no more than 0.3 percent of Delta-9 THC, the more common version of the psychoactive substance. This created a loophole that eventually led to the “Delta-8” craze across the country. Delta-8 is simply a derivative of Delta-9.

But many of us likely didn’t know any of this until the state legislature enacted specific regulations around hemp-derived edible cannabinoid products during this year’s legislative session, opening the door to what seemed like a flood of new THC edible products across the state.

“No one’s been covering it properly, and it’s really heart-wrenching,” said Steven Brown, owner of Nothing But Hemp and president of the Minnesota Cannabis Association. Of the many states that have permitted hemp-derived THC sales since the 2018 Farm Bill, Minnesota is actually more restrictive than most, he noted.

This year’s law explicitly states these products can only be sold in the form of food or drink. It also limits serving size to 5 milligrams per serving and 50 milligrams per package, while specifying products must be in childproof packaging that does not look candy-like or appealing to children. They also can only be sold to customers 21 years or older.

So what did the law actually change for companies like Nothing But Hemp?

“The difference is the amount of milligrams allowed to be sold, at least for us,” Brown said. “We used to have 10-milligram chocolate bars that were Delta-9 under 0.3%, and now those same ones are 5 milligrams.” The business also no longer sells Delta-8 THC because, under the 5-milligram per-serving parameters, those products will have a lesser effect than Delta-9 products, Brown said.

Moratoriums and the FCC

The notion that these products are brand new seems to have triggered panic among some municipalities in the state. Some have taken regulation of the existing market into their own hands, Brown said. He believes it’s hurting small businesses.

Cities that have temporarily banned THC products through moratoriums include St. Joseph in central Minnesota and Marshall in western Minnesota, the Star Tribune has reported. Just last week, Le Sueur County imposed a one-year moratorium on THC products, according to a report by the Le Sueur County News. In lieu of a moratorium, St.Cloud passed a regulation establishing a retail license requirement for the products, a measure the state has not yet implemented, KARE 11 reported.

Brown believes inaccurate media coverage of THC products has triggered these local reactions to the new law. But this also raises the question: Why had so many people not heard these products before the law change?

As Brown tells it, media attention to the law also acted in part as free, and otherwise unavailable, advertising. The Federal Communication Commission has historically cracked down against broadcasters looking to advertise anything cannabis-related.

“In our business, we can’t advertise like a normal business,” Brown said. “We can’t buy Facebook ads, can’t purchase billboards in the same way other businesses can. We can do paper advertising, but that’s typically not the clients that we’re going after – print advertising. We can’t even do text message marketing anymore.”

Brown said he supported Minnesota’s new legislation in some aspects.

“What the industry was looking for was clarity because there are conflicting laws in different places,” he said.

But there have been other instances where the state has thrown the industry into turmoil as it has questioned the legality of not only THC products but also non-intoxicating CBD products in recent years.

Farmers and processors buying hemp to make CBD faced setbacks after the 2021 court case Minnesota vs. Loveless. The Minnesota Court of Appeals found that although the legislature had, by definition, removed hemp from the state’s list of Schedule I drugs, the definition included hemp only in the form of leafy plant material under 0.3% THC, not in liquid form. Essentially, the legislature tried to match the federal farm bill in 2019, but only included dry hemp in its language. After the Loveless ruling, liquid and edible hemp products that had been thought to be legal in Minnesota since 2019 were classified as illegal controlled substances. The decision was later appealed to the Minnesota Supreme Court before the recent law change clarified the state’s definition of hemp.

This is where the new law does provide clarity, but it has its shortfalls too.

For example, you could have a lemonade stand selling THC, no license required, said Jason Tarasek, a cannabis attorney with Minnesota Cannabis Law. Tarasek lobbied for this year’s legislation, but he says there is still a long ways to go.

Nothing But Hemp has locations in both Michigan and Florida. But – unlike Minnesota– Florida requires hemp businesses to hold licenses to do things like sell, distribute, and even use hemp in foods.

The lack of licensing means that these products can be sold virtually everywhere – but not liquor stores because of recent changes to allowable items authorized by the Minnesota Legislature. The Alcohol and Gambling Enforcement Division of the Minnesota Department of Public Safety has advised the League of Minnesota Cities that products containing CBD, hemp, or THC are not allowed for sale at an exclusive liquor store.

In addition to establishing a licensing structure in the state, the state needs a more robust oversight structure, Tarasek said. The Minnesota Board of Pharmacy is currently tasked with oversight of hemp-derived THC products, a department with 23 employees.

“We need a board of cannabis management. We can’t push this off onto somebody who doesn’t have experience with this,” said Tarasek. “My personal opinion is that the Office of Medical Cannabis, it would make a lot of sense just to expand their mission.”

In an email to TCB, Board of Pharmacy executive director Jill Phillips, said the board lacked expertise and experience with this industry, yet was tasked with interpretation, education, and enforcement of the new statute.

“Also, there were no additional funds and resources provided to support this effort and the board is limited in terms of administrative tools to enforce the new law,” she wrote. “To compensate, we work closely with our sister agencies and law enforcement to fill the gaps. Most importantly however, these businesses (manufacturers, distributors, and retailers) are not licensed and therefore, we are not able to identify all the players. This is a critical need that must be addressed in the upcoming legislative session.”

Ultimately, Phillips said the establishment of a cannabis management office is necessary moving forward. Additional and revised legislation is needed to address the gaps in the previous bill including taxation of the products, adequate funding for additional infrastructure to support the new industry, and licensing.

“We continue to work together as a cross-agency team to build the infrastructure necessary to support this new legislation in the interim,” she wrote.