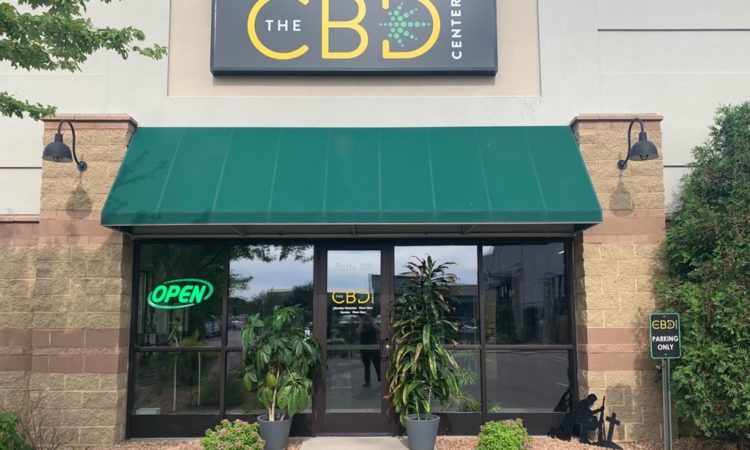 Midwest Extraction Services operates a number of retail locations, including the CBD Centers store in Woodbury

Under a new Minnesota law, retailers will soon be able to sell products containing up to 5 milligrams of hemp-derived THC per serving in packages of up to 50 milligrams. Cannabis industry advocates say it's a step toward full-scale legalization.
By Winter Keefer
June 22, 2022

Minnesota lawmakers couldn’t come to an agreement on many matters this past legislative session—including how to spend a record state surplus—but they did quietly open the door for recreational pot sales.

Tucked into an amendment of a nearly 1,000-page omnibus health bill is a provision that permits the sale of food and drinks containing limited amounts of any kind of THC, including Delta 9 THC (as long as it’s drawn from hemp, per the bill). THC is the intoxicating ingredient in cannabis. The law doesn’t allow for the sale of any form of THC for smoking or vaping, but cannabis industry advocates still say it’s an important step toward full-scale legalization.

Starting July 1 in Minnesota, it will be legal to consume, manufacture, distribute, and sell edibles in packages containing up to 50 milligrams of any form of THC, so long as it’s derived from hemp.

An important thing to understand: Marijuana itself is still illegal in Minnesota and at the federal level. But marijuana is not actually the component that gives people a psychoactive effect or “high.” Rather, it’s tetrahydrocannabinol, or THC, that gets users high. THC is found in marijuana, but it’s also found in hemp. Both hemp and marijuana belong to the cannabis species.

HF3595, part of an amendment to the nearly 1,000-page omnibus health bill HF4065, permits the sale and consumption of edible cannabinoid products that contain no more than 5 milligrams of any form of hemp-derived THC per serving, with a maximum of 50 milligrams of THC per package. Gov. Tim Walz signed the bill into law on June 1.

Because it encompasses all forms of THC, the law also ultimately restricts other THC derivatives, including Delta 8 THC, which had existed in a legal grey area but notably was ruled legal in a federal court last month. Prior to the bill, the state had no restriction on federally legal derivatives of Delta 9 THC, despite Delta 8 also having similar psychoactive effects as its Delta 9 sibling. Now, though, Delta 8 is also restricted to edibles.

Under the new law, customers must be over the age of 21 to purchase products containing cannabinoids. The product also must be tested and sold in child-resistant packaging labeled with a warning to keep the candy-like consumables out of reach of children.

Hemp growers and manufacturers are already required to be licensed through the Minnesota Department of Agriculture. What the recent bill doesn’t include is any specification on who can sell or distribute these products.

Any restriction or potential license required for the sale of these products by retailers would be under the purview of the Minnesota Board of Pharmacy, a department that thus far does not plan to impose such regulations.

Jill Phillips with the Minnesota Board of Pharmacy confirmed this in an email to TCB.

Some language in the bill concerning the labeling, packaging, and testing of the product is under the board’s authority, the email states. The board is in the process of developing a Frequently Asked Questions document that will be posted online within the upcoming week.

“Beyond this, the board will not be regulating such sales,” Phillips wrote.

Leading to this moment

To understand how this legislation came to be, you have to look back to the federal government’s 2018 Farm Bill. The bill legalized the sale of hemp products, including hemp-derived THC in trace amounts. Within the same year, Minnesota followed up with its own hemp statute. Since then, retailers have been selling products with trace amounts (no more than 0.3%) of Delta 9 THC.

The recently signed legislation simply clarifies the milligram amount of Delta 9 THC allowed to be sold in edibles or drinks.

Jason Tarasek, a cannabis attorney with Minnesota Cannabis Law who lobbied for the legislation, said he’s fairly confident this law will be the topic of lobbying attention in the next session.

“There are a lot of things about the law that are very confusing. As you know, it’s a sausage-making process,” he said. “The vape industry wanted this to go a lot further than it did and, for whatever reason, the legislators seem more comfortable with gummies than vapes and I can’t explain why.”

However, Tarasek wants to be clear he believes the law is a win for the state. It’s a step in the right direction in the view of those lobbying for the legalization of recreational marijuana. Democrats leading the state House have passed an adult-use recreational marijuana bill, but it has not received needed support from Republicans leading the Senate. The state also doesn’t have a citizen-led ballot initiative process that has led to recreational legalization in many states.

“Until democrats take control of the House, the Senate, and the Governer’s mansion, we will not legalize recreational marijuana in Minnesota,” Tarasek said.

The new legislation provided much-needed clarity for Minnesota businesses already working with hemp, said Matthew Little, co-owner of Midwest Extraction Services, a company that has a hemp manufacturing plant in Waseca but also operates seven retail stores across the state. Under the 2018 Farm Bill, a lot of movement was already happening, he noted. For example, while still complying with the under 0.3% Delta 9 THC rule, retailers had already been selling chocolates, gummies, and drinks containing the compound.

“Up until this point, it was technically illegal to sell gummies and water solubles. Even though hemp was legal, it wasn’t legal to put it in those products. It gives us a clear path to retail,” he said.

The limits on the form of consumption and amount that can be included in the packaging that applies to all cannabinoid products could disadvantage some retailers, Little noted.

“I think the smoke shops and head shops will feel a little pain from these regulations. We’re more on the side of the health and benefits of hemp and cannabis,” he said, noting his company shied away from vape products after vitamin E acetate in vaping products was linked to lung injury and even possible deaths in 2020.

“It’s kind of the stepping stone into that,” he said. “If they do it wrong and they overreach I think you’re going to see a whole bunch of black market products and it could serve as a dysfunction to passing recreational marijuana.”