Business groups have been quietly championing immigration reform—because without it, the state’s labor pool will dry up.
By TCB Staff
August 01, 2013 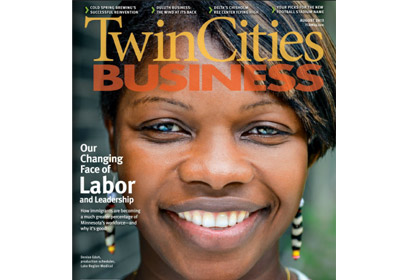 Editor’s Note: At press time, Congress was continuing to battle over options to overhaul the nation’s immigration system. The Senate had recently passed the most sweeping changes to immigration law in nearly 30 years and sent its bill to the House for consideration. Conservative lawmakers there threatened to slow—if not block—such reform efforts and were expected to discuss and then draft their own legislation by early August.

Fourteen Senate Republicans joined all of the Democrats and two independents in supporting the Senate’s measure, a dramatic change from six years earlier, when a similar effort stalled on the Senate floor. While many in the House continue to threaten to stop reform efforts today, in recent years business leaders across the country have rallied behind the scenes to push for an overhaul. To them, it’s clear: This is no longer a political issue, it’s an economic one.

When bipartisan federal legislation to overhaul the nation’s immigration system failed in 2007, Bob Fitch decided he’d seen enough. The solution, he believed, was to unite trade associations and provide cover for individual business owners who supported such legislation but hesitated to speak out for it.

Then the executive director of the Minnesota Landscape & Nursery Association, he joined forces with his counterpart at the Minnesota Agri-Growth Council, Daryn McBeth, to launch a coalition to campaign for an overhaul. Soon, the Minnesota Milk Producers Association climbed aboard. Then the state’s largest business association, the Minnesota Chamber of Commerce, signed on. “That really was a huge turning point,” says Fitch.

Today, Fitch’s idea has become the Minnesota Business Immigration Coalition, which has broad buy-in and advocates for smart immigration growth in Minnesota. And because of its efforts, hundreds of Minnesota businesses now back the push to modernize federal immigration laws. Their message: Without more immigrants, Minnesota’s labor force will fall short of the workers it will need, at both the higher and lower ends of the skills spectrum, as baby boomers retire.

The coalition and the Immigrant Law Center of Minnesota are working with unions, immigration attorneys, religious leaders and social service organizations to persuade Congress to revamp the country’s outmoded visa system—which is really the most pressing problem when it comes to changing policies that affect immigration in Minnesota. The coalition has a litany of complaints about it (see “The Problem with Visas,” page 29).

The coalition’s work on immigration reform obviously began well before President Obama’s re-election, which gave the issue new momentum because his coalition included many Latino voters. And its mission centers on a fairly direct statement: “The immigration system is broken.”

Backers of the alliance agree with a recent Chicago Council on Global Affairs report, which says that the U.S. visa system, which governs the entry of most new arrivals into the country, hampers U.S. employers by preventing them from hiring the foreign-born workers they need to be competitive. The report calls on Congress to establish a “pathway to citizenship” for the more than 10 million foreign-born individuals living in the United States without authorization (roughly 60,000 in Minnesota, according to the state demographer’s office) and to provide more visas for high-skilled workers. Several Minnesotans, including Minneapolis Foundation President and CEO Sandy Vargas, and Cargill Vice President Mike Fernandez, were among the members of a 12-state Midwest task force convened to produce the report.

The Problem with Visas

According to the Minnesota Business Immigration Coalition:

In Minnesota, as State Economist Tom Stinson and recently retired State Demographer Tom Gillaspy have often noted, economic growth springs from two sources: greater productivity of existing workers, and/or more workers. Demographic projections show that the state’s labor force, which surged 27 percent from 1990 to 2010, will grow less than 6 percent from 2010 to 2030. Restrictive immigration policies would throw sand into the gears of one of the only two routes to economic growth.

Stinson, Gillaspy and Bill Blazar, who leads the immigration coalition for the state chamber of commerce, often cite the projections as a powerful sign that demographics is destiny: Worker shortages are virtually certain to arrive soon—though with the high unemployment rates of recent years, such warnings aren’t being heeded. And according to the Minnesota Department of Employment and Economic Development, the shortages are creeping ever-closer in critical fields soon to be riddled with retirements, most notably in management, office and administrative work, sales, production, and education.

“Four or five years ago, people thought Tom and I were basically lunatics,” Gillaspy says. “Some people still do.”

But there’s nothing crazy about their concern or about the growing importance to Minnesota’s economy of immigrants who, as a group, are younger than the rest of the state’s labor force. According to data from Gillaspy’s successor, Susan Brower, the state’s labor force grew by 617,000 from 1990 to 2010. Immigrants accounted for three of every 10 of these new workers.

Back to the Future

A century ago, Minnesota was an immigrant state. In 1896, voters received instructions in nine languages. Four years later, Minnesota ranked seventh highest among all states for foreign-born residents as a share of total population. But immigration slowed to a trickle during the half-century that ended in the 1970s. Foreign-born residents relative to the overall population fell to one of the lowest shares for any state.

Then church congregations and resettlement agencies, backed by foundations, stepped up to accept refugees from war-torn Southeast Asia. Refugees from Somalia, the USSR and its constituent countries after its collapse, Ethiopia, Burma, Liberia, Bosnia, and other troubled nations followed. This influx has given Minnesota’s foreign-born population a different look—more from Asia and Africa, fewer from Hispanic countries—than the nation’s. What’s more, the scale of Minnesota’s effort to roll out the welcome mat has been remarkable. In 2004–06, the state resettled more than 18,000 refugees, according to the Minnesota Department of Health, second only to California; that’s one of every nine refugees the entire country took in. Plenty of newcomers from Latin America have come to Minnesota as well, attracted by job opportunities.

Yet the process has not always gone smoothly in Minnesota. Late in 2005, a unit of the Minnesota Department of Administration estimated the annual cost to the state and local governments for illegal immigration at up to $188 million annually for education, public assistance, and incarceration. The report criticized Minnesota legislators for failing to address this concern while legislators in other states passed 47 laws earlier that year dealing with immigration and refugee issues. Gillaspy, who worked for the Department of Administration, was aghast at what he viewed as the report’s restrictive tilt. “When I found out about it, I went ballistic,” he says. 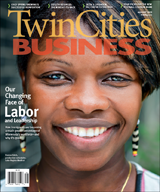 Sebastian Joe’s Is Bucking The Fro-Yo Trend
Cold Spring Brewing Has A Reputation To Maintain
For The Vikings, What's In A Stadium Name?
Top Tickets: Circus Juventas

Immigrants do tend to increase the near-term tax burden, but immigration advocates insisted that the report ignored many economic benefits of new arrivals. They argued that Republican Gov. Tim Pawlenty was using the report to stoke opposition to immigration to benefit his party. Pawlenty followed up with a series of proposals designed to crack down on immigration abuses. Later, a study by the Office of the Minnesota Legislative Auditor and a report for the Minnesota chamber by University of Minnesota professor and immigration specialist Katherine Fennelly challenged aspects of the Pawlenty administration report.

Over the years, many economists, analysts, and commentators have studied the economic impact of immigration. One of the most recent commentaries comes from economist Douglas Holtz-Eakin, an adviser to Republican politicians and the head of the conservative American Action Forum. Holtz-Eakin says a serious modernization of U.S. immigration policies would generate significant economic growth. Conversely, he warns that a lack of immigration would lead to contraction of both the U.S. population and its economy due to low birth rates among U.S.-born women.

Studies by Raymond Robertson, a Macalester College economist, have found that immigrant workers coming to the United States from Mexico illegally have had no significant impact on the wages of U.S. workers. Robertson says that’s because these workers take jobs U.S. workers don’t want.

In 2005, a report estimated the annual burden on state and local governments for illegal immigration at up to $188 million annually for education, public assistance, and incarceration. More recent reports have countered with similar estimates for potential gains in income tax revenue should legal status be granted to those currently here illegally.

For now, the nature of the refugee flow has changed. In 2008, the State Department shut down its Family Reunification Program. The move, precipitated by concerns about fraud, sharply reduced the flow of refugees into Minnesota from Somalia—so much so that the state fell from the ranks of the 10 states accepting the most refugees that year. Minnesota has been out of the top 10 ever since. Kim Dettmer, who leads the state refugee resettlement effort at Lutheran Social Service of Minnesota, says the decision disrupted plans for many refugee family members still abroad to join relatives resettled in Minnesota. “It was heartbreaking,” she says. But by another measure of refugee inflow, net inflow of “secondary migration”—refugees moving from one state to another—Minnesota’s 1,832 arrivals in 2011 easily topped all other states.

As the refugee situation was shifting, the business immigration coalition kept growing. The state restaurant and lodging associations came in as partners. Blazar and John Keller, who heads the Immigrant Law Center, hit the road, crisscrossing the state twice to brief businesses on the alliance’s work. Among the co-sponsors of these forums were the Service Employees International Union (SEIU) and several other unions, Jewish Community Action, the Minnesota Council of Churches, the Minnesota/Dakotas Chapter of the American Immigration Lawyers Association, the Islamic Center of Minnesota, and the League of Women Voters.

It’s an enduring alliance of strange bedfellows. Javier Morillo, the articulate and assertive president of the SEIU’s Minneapolis-based Local 26, has attended several coalition meetings at the state chamber’s office in downtown St. Paul. As Morillo notes, “It’s definitely an odd thing for the SEIU and the chamber to even be together in the same room.”

Congress continued to consider immigration legislation as this article went to press, with the House considering the Senate’s comprehensive overhaul of existing law. Whatever these politicians do in the weeks ahead, much of the current system will remain, as will the judicial precedents, rules, and social tensions that now prevail. And if Congress does nothing, the Minnesota Business Immigration Coalition will still be pressing its case.

Index: Jump Ahead to Other Sections In the Immigration Reform Feature