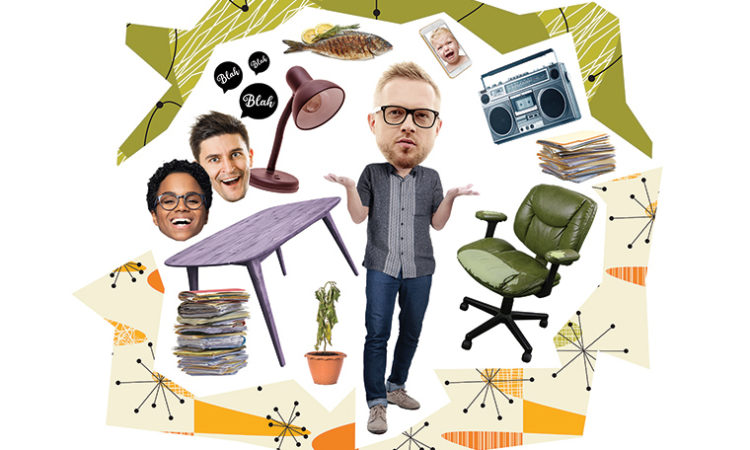 I Just Want to Get My Work Done 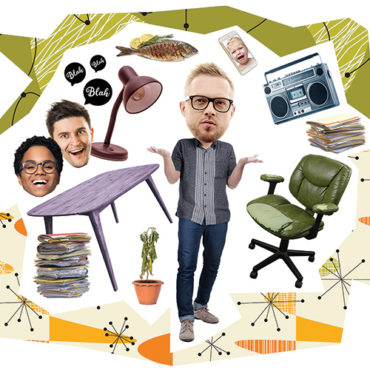 People care deeply about their office environment, but they rarely claim to like it. Working from home—“working remotely”—appeals to many employees. Yet there remains an expectation, or at least a hope, that one’s designated spot at work (“in the office”) will be designed so it’s pleasant, efficient, and possibly inspiring.

That’s why, over the last 90 years, companies have spent untold dollars reconfiguring their floor plans to find the optimal workplace design. The history of the journey (Hint: It’s cyclical and tied to the economy) illustrates the conflict between abstract architectural principles and the actual human beings who make up the American workforce.

In 1939, when Frank Lloyd Wright debuted a radical open floor plan office design for the SC Johnson (Johnson Wax) administration building in Racine, Wisconsin, he said he wanted it to be “as inspiring a place to work in as any cathedral ever was to worship in.” Mr. Wright thought of his Wisconsin office design as an architectural interpretation of “modern business at its best.”

In the 81 years since Wright’s creation, which still functions as a working office environment for Johnson Wax employees, the pendulum on “office space” has swung three times: open, to cubicle, to open. And now, in 2020, the architectural design wisdom has shifted again, to what might be called “a return to partitions.”

The goal of maximizing worker productivity has driven the office design quest. In Wright’s time, one can assume that the Johnson Wax employees who, in 1939, populated his breathtaking space, were most likely: 1) secretarial and administrative employees, who were, 2) primarily female and whose bosses were, 3) male and ensconced in individual offices on a mezzanine level above the “open” floor.

Nonetheless, Wright’s futuristic design, funded by a farsighted Johnson heir, featured soaring columns anchoring the open-floor design, columns that were 9 inches in diameter at their base, and 18-plus feet in diameter at the top, rising to Pyrex skylights. The effect was like a forest, which Wright enhanced with modular furniture and specially designed bricks on the walls.

The Johnson Wax open floor plan designed by Wright did not catch on nationwide, despite its singular beauty (and eventual longevity). In fact, according to an online Vox video, workers in the mid-20th century generally hated open floor plans because they were “noisy and distracting, and gave them no privacy.”

The remedy? Cubicles! Robert Propst, considered a brilliant designer who worked for the furniture firm Herman Miller in the 1960s, designed the gray-as-Minnesota-skies-in-winter cubicles to give workers autonomy and independence, with a “flexible, three-walled design that could be reshaped to any given need.”

What Your Face Reveals to Retailers
The Pharmacy Sickness
The Fine Print: 3M
Minnesota: Get Real (ID)!

According to a 2014 article in the Wall Street Journal, “A Brief History of the Dreaded Office Cubicle,” the giant mergers and mass layoffs in the 1980s and 1990s contributed to the negativity workers felt toward cubicle life. More precisely, organizations during that period began fitting more and more people into smaller spaces, something that cubicle modules could readily accommodate.

Revolt among the office design mavens was inevitable. By the 2000s, open floor plans were back, now enhanced by the new phenomenon of “co-working spaces.” In November, this magazine highlighted the ubiquity of co-working spaces in Minneapolis-St. Paul, namely 1.2 million square feet of it. And there was nary a “soul-sapping cubicle in sight,” as TCB reported.

Nonetheless, the pendulum has swung again. Simon Caspersen, co-founder of Space 10, IKEA’s research and design lab, claims he was recently forced to banish the modern open-plan office in his own “futuristic” headquarters in Copenhagen. “It simply wasn’t working,” Caspersen told Dezeen, a global architecture and design magazine.

“It was stressful, you were interrupted a lot … people would either work from home a lot of the time or would stay after-hours because that was when they could actually concentrate on their tasks,” he says. Dezeen cited a recent Harvard University study that found people working in open plan offices spend around 70 percent less time in face-to-face interactions. Instead they are spending more time on their devices, communicating with their colleagues over email and instant messenger.

Caspersen and his Danish friends have turned to “partitions,” or panels, that can be added or removed to switch from private cubicles to an open meeting area, thus creating, as he put it, a more “peaceful” feeling. Walls, no walls, cubicles, no cubicles, partitions or not, “the real problem,” as the Wall Street Journal put it, “isn’t the furniture: it is how the furniture represents the arbitrariness of power in the workplace.”