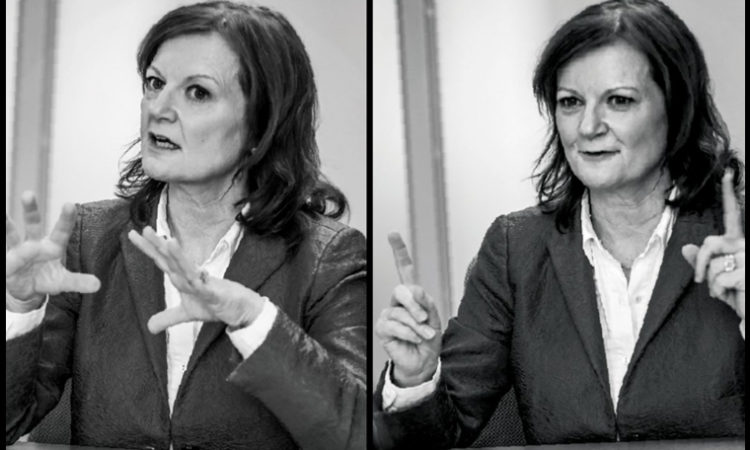 The nonprofit’s board has already launched a search committee to find Caruso’s replacement.
By Sam Schaust
May 10, 2018

After a nine-year run as president and CEO of Greater Twin Cities United Way, Sarah Caruso will retire from her role at the local branch of the social services support organization on July 15.

Caruso has indicated she will stay on for one year as a consultant to ensure a stable transition.

GTCUW board member Karen Richard, who is also the senior vice president of human resources at Andersen Corp., will lead the search committee for Caruso’s successor. In the meantime, GTCUW vice president of marketing Trent Blain will be filling in as interim president until a new leader is found.

The regional nonprofit did not identify when it hoped to name Caruso’s replacement.

“It has been my honor to work with Twin Cities companies, donors, volunteers and nonprofit partners to help those most in need in our nine-county region,” Caruso said in a statement.

Over her near-decade tenure at GTCUW — one of the largest United Ways in the country — Caruso, her team and volunteers raised a total of $820 million from hundreds of thousands of donors. The money raised was used to address poverty in partnership with nonprofits and private and public businesses.

Twin Cities Business spoke with Caruso last September about a number of issues, chief among them how the 103-year-old nonprofit was working to find new ways to draw in contributions as it and other United Ways around the nation were facing drops in annual donations.

“Her leadership will be missed not only in the Twin Cities but also by her peers in United Ways across the country,” said Brian Gallagher, president and CEO of United Way Worldwide, in a statement.

Former U.S. Bank CEO Richard Davis also gave his thanks to Caruso for her work at GTCUW. “It was a great privilege for me to work so closely with Sarah, as both her board chair and campaign committee chair, where I saw firsthand the extraordinary impact she made,” he said. “The entire community is grateful for all that she has done.”