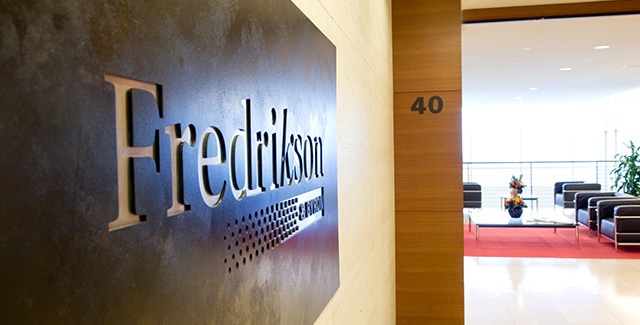 Despite fears about public safety over this summer, there’s not much strong evidence yet that big companies are fleeing downtown Minneapolis en masse.

On Wednesday, Minneapolis-based law firm Fredrikson & Byron announced that it had inked a multiyear lease for 178,000 square feet of space at the 60 South Sixth tower in downtown Minneapolis.

The law firm did not hightail it to the suburbs. Fredrikson & Byron has been based in U.S. Bank Plaza, less than two blocks to the east of 60 South Sixth. Its Minneapolis office houses more than 500 employees.

“Fredrikson has deep roots in the city of Minneapolis. We remain committed to the future of a vibrant downtown as we help to lead through today’s challenges,” said John Koneck, president of Fredrikson & Byron, in a statement. “The new space at 60 South Sixth provides an opportunity for us to reimagine how to use our space to best serve our clients and community and also position the firm for the future with flexible, efficient and sustainable space in a terrific location for our workforce, clients and community partners.”

The firm, which was founded in 1948, has other regional offices in St. Paul, Mankato, Fargo, Bismarck, and Des Moines; it also has offices in Mexico and China.

Despite concerns amid the pandemic about the health of downtown Minneapolis, several lease deals have boosted optimism about the future.

In September Deluxe Corp. unveiled plans to move its headquarters from suburban St. Paul to downtown Minneapolis with a lease for 94,000 square feet at 801 Marquette.

Iowa-based Principal Financial Group leased 45,500 square feet at the Two22 tower to house employees of a unit it acquired from Wells Fargo.

Year End Tax Planning: Are You Considering Changes In The Tax Structure Of Your Business?