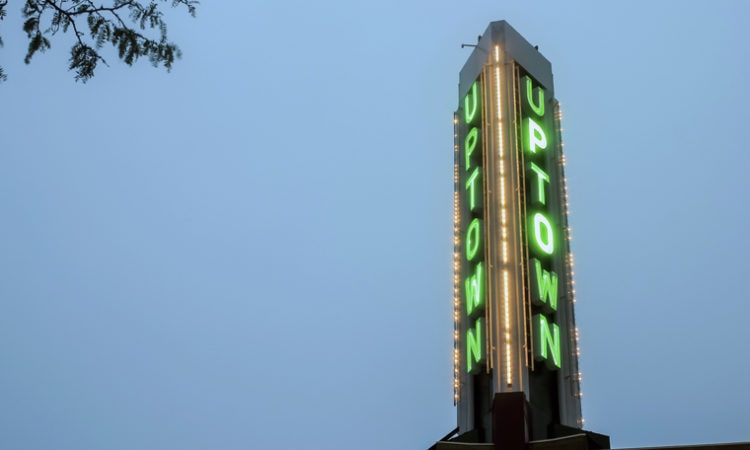 More than 100 local businesses have signed a letter objecting to parking reductions included in a redesign for part of Hennepin Avenue. Transit leaders say it's needed for better bus service.
By Winter Keefer
February 03, 2022

Could the elimination of more than 90 percent of on-street parking on a large stretch of south Hennepin Avenue be the last nail in the coffin for many Uptown local businesses?

YogaFit Studio owner Ashok Dhariwal says it could be.

“We have a lot of issues hitting Minneapolis businesses — the labor shortage, mask mandates, vaccination mandates, safety, crime — add one more for a business, they’re going to shut down,” he said.

Dhariwal is one of more than 100 local business owners who signed a letter objecting to the loss of parking proposed in a redesign plan for a stretch of Hennepin Avenue between Lake Street and Douglas Avenue. The letter, which is also undersigned by the Uptown Association board of directors, states the “elimination of parking along Hennepin from over 300 stalls down to 20 puts an undue hardship on businesses that are trying to recover from civil unrest, high criminal activity, and the pandemic.”

The Hennepin Avenue Reconstruction Plan dated December 7, 2021, is a proposal three years in the making. It aims to increase traffic safety in the area and improve the experience of pedestrians, transit users, and bicyclists.

The plan would cut the stretch of Hennepin Avenue down to one northbound and one southbound travel lane and eliminate most on-street parking spaces. Those spaces would instead be dedicated to bus lanes, a protected bike lane, wider sidewalks, and a center median. The plan would ultimately limit left turns between Lake Street and just north of Franklin Avenue, which aims to improve safety in the area.

The plan still requires the approval of city council with city staff planning to present the recommendation later this year. If approved, construction is projected to begin in 2024.

However, the undersigned in the recent letter objecting to the proposal collectively requested the city’s public works staff and other city entities immediately begin conducting a “more thorough analysis.” They also asked updated studies be conducted and views, suggestions, and proposals of the Hennepin Avenue business community be incorporated into a new plan.

The letter argues pre-2020 assessments and assumptions used to inform the design are no longer valid and should be reevaluated in the wake of multiple challenges that have faced the city in the past two years.

“The current proposed design re-casts Hennepin as a corridor to be ‘passed through’, rather than as home to a major commercial and residential district where people with different transportation profiles come to work, shop, dine, and more. Without significant modification, this project will adversely affect the entire Uptown community, threaten the viability of small and independent Uptown businesses and their employees and visitors, burden residential taxpayers, and provide yet another barrier to having an Uptown that can function as a vibrant commercial area,” the letter reads.

Dhariwal compared the proposal to the city’s 2018 rebuild of Hennepin Avenue between Lake and 31st streets. This project also eliminated street parking but added bike lanes in both directions for the six-block stretch.

A large number of local businesses have also closed since the pandemic, Dhariwal said. He said he worries empty storefronts will not be filled on Hennepin Avenue if the proposed plan goes through.

Losing parking on one street affects the surrounding residential areas as well, he noted.

If customers who drive in are asked to use parking spots on side streets, where will residents park? Dhariwal asked.

“Customers are going to take up those spots and that’s going to force a lot of the residents not to want to live here because they can’t park their own cars on the streets, so it’s a domino effect.”

Parking on the street also means more regular activity and traffic, Dhariwal argued. He said this could make people feel safer from crime.

But could people driving to the stretch of Hennepin Avenue adjust to fewer parking spaces and begin using other means of transport?

Goals outlined in the project include enhancement of bicycle network connectivity, replacement of aging traffic signal and stormwater infrastructure, continued mobility, and circulation for transit and motor vehicles.

Dhariwal doesn’t believe buses will help alleviate the reduction of driving customers deterred by lack of parking. He thinks there are better bike routes on streets surrounding Hennepin.

The future METRO E Line Bus Rapid Transit (BRT) service is directly mentioned in the plan. The line aims to provide faster and more reliable transit service in the Route 6 corridor from the University of Minnesota to Southdale and will run along University Avenue and 4th Street, Hennepin Avenue, and France Avenue.

Metro Transit has plans to expand its BRT lines in coming years with plans to open METRO E in 2025.

“In this case, given the strained environment, having that exclusive transit lane is pretty important,” Harrington said.

If transit lanes were eliminated from the plan, Metro Transit would have to revisit with city, he said.

“There are alternate ways to do it, but it’s an environment that’s quite constrained, which is why we’re all competing for space here,” he said. “We’d have to get pretty creative so I can’t guess what we’d end up with if we didn’t have this.”

BRT lines have larger spacing than a local bus line to provide amenities such as improved heat and light, ticket vending machines, cameras, and real-time schedule information he said.

Transit has also been affected by the pandemic, but Harrington noted transit has increased historically when BRT lines are established. Once a BRT line is constructed, bus ridership has increased up to 30 percent, he said.

Buses are generally running at about 50 percent capacity compared to before the pandemic. However, BRT lines are often running at 70 percent pre pandemic numbers.

“The BRT lines have been most resilient to fluctuation,” he said.