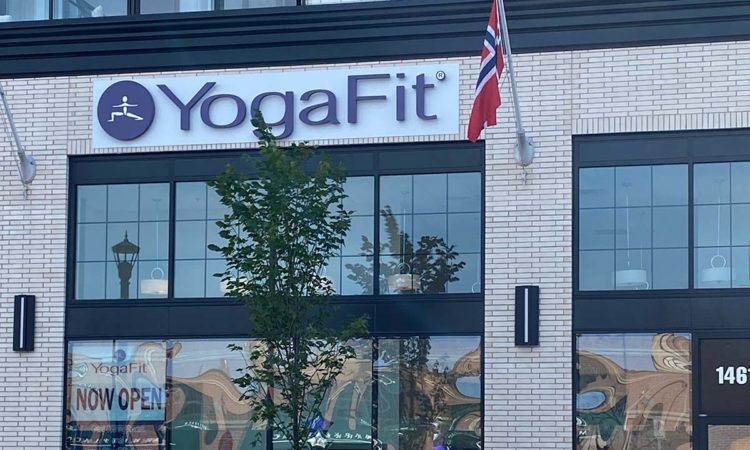 YogaFit has opened a new studio on the first floor of the Daymark apartment building in Uptown Minneapolis. YogaFit Studios

Retail leasing in the neighborhood has been sparse within recent months.
By Dan Niepow
September 30, 2021

Despite lingering safety concerns in Uptown Minneapolis, two fitness brands are forging ahead with new plans for the neighborhood.

YogaFit Studios, a subsidiary of Chanhassen-based fitness giant Lift Brands, this month held a “soft launch” for its new location on the first floor of the Daymark apartment building at the corner of West Lake Street and Humboldt Avenue. Studio owner Ashok Dhariwal said he plans to hold a formal grand opening next month.

Meanwhile, Alchemy 365 has announced plans to reopen its fitness studio in the MoZaic Building off Lagoon Avenue. Almost a year ago, Alchemy closed the location due to a decline in customer traffic. The place is now slated to reopen Oct. 16.

The fitness industry has arguably been one of the hardest hit by state-mandated shutdowns in the early months of the Covid-19 pandemic. And, unlike restaurants and entertainment venues, the fitness industry so far has not seen a dedicated financial assistance package, aside from the Paycheck Protection Program, which was made available to all businesses.

Still, the two business owners say they’re willing to take a chance in Uptown, an area that’s seen a number of prominent retailers pull out since the onset of the pandemic. Perhaps most notably, in October 2020, Apple closed its store on Hennepin. But YogaFit owner Dhariwal thinks that smaller businesses may ultimately pave the way for the neighborhood’s return. It doesn’t hurt to have landlords who are willing to take a chance with smaller tenants, he said. Kirkland, Washington-based Weidner Apartment Homes owns the Daymark building.

“Our story is investing in community,” Dhariwal said in a Wednesday phone interview. “We’re helping people mentally and physically. … There is still a strong core in Uptown.”

Alchemy 365 CEO Tyler Quinn noted that his company’s uptown studio was “still in its infancy when the pandemic hit.”

“We closed the studio as part of an overarching conservation effort,” he wrote in a letter to customers in Wednesday. “As scary as it is to be re-launching a studio under such challenging conditions, we believe we can do so with success.”