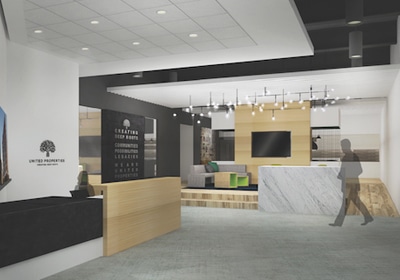 United Properties announced Thursday it would move from its Bloomington headquarters, where it has been for 35 years, to downtown Minneapolis.

The Pohlad-owned development company expects the relocation to take place in early 2017 and involve most of its 57 staff members moving to the new office.

United Properties said the move from the Northland Center in suburban Bloomington to the fourth floor of the Gaviidae Common on Nicollet Mall would place it in closer vicinity to owner Pohlad Companies, which is located in the RBC Plaza building. As United Properties eventually becomes skyway-connected with its parent company, United Properties believes the relocation will “help streamline coordination and communication” between both offices.

“Like the needs of the clients we serve, our own space needs are changing,” said United Properties CEO Bill Katter in prepared remarks. “Our move downtown will allow us to reinvent the space we occupy and provide inspiring new opportunities for our growing team.”

According to Katter, the company will transform the empty fourth floor into useable office space, but will not use all of it. What remains of the fourth floor and subsequent floors below, he added, will be available for office tenants.