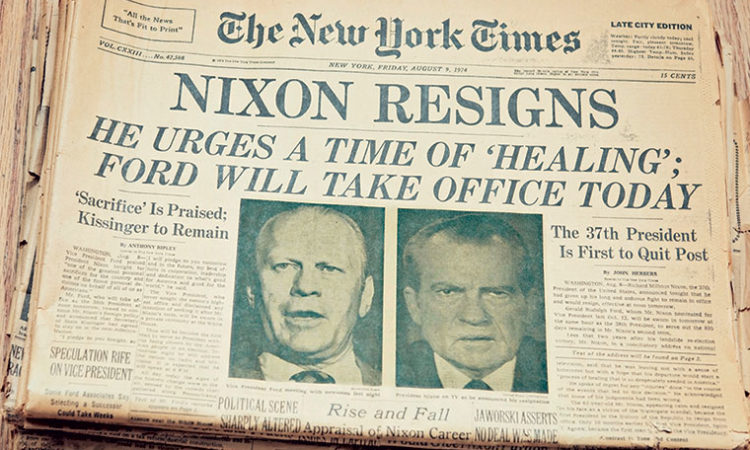 To: Summer Vacationers, The Beach, USA
By Vance Opperman
August 02, 2017

To: Summer Vacationers
The Beach, USA

The Army-McCarthy hearings continued into late June 1954. Sen. McCarthy had asserted that Russian Communists had infiltrated the State Department and Army. The hearings were televised gavel to gavel every day across America. But the inflection point came when Joe Welch, counsel for the Army, looked at the senator and said “ . . . have you no sense of decency, sir, at long last?” Shortly thereafter, the Senate passed a motion of censure, and within three years Sen. McCarthy died.

As citizens, we learned important constitutional lessons. We learned that invocation of the Fifth Amendment is not guilt and that private counsel and the media (personified by Edward R. Murrow) provide powerful checks and balances when the federal government runs amok.

It took about 20 years for our next dog days civics lesson, Watergate. It began with a break-in of Democratic National Committee (DNC) headquarters in the Watergate office complex in June 1972. The matter might have remained a minor crime had it not been for Washington Post reporters Bob Woodward and Carl Bernstein. They had an anonymous source of information nicknamed “Deep Throat” (later revealed to be former associate director of the FBI William Mark Felt). President Nixon, of course, blamed the media for fanning the flames of scandal and accused it of liberal bias.

The Watergate congressional hearings were widely broadcast from May 17 to August 7, 1973. On July 16, in front of a live televised audience, White House assistant Alexander Butterfield confirmed the existence of a taping system. There were tapes!

The tapes were ultimately ordered released by the Supreme Court. Reaction to Nixon’s behavior as documented in the White House tapes was overwhelming. The Chicago Tribune (a newspaper that had supported Nixon) wrote of his behavior that “he is humorless . . . inhumane . . . devious . . . vacillating . . . profane . . . willing to be led . . . displays dismaying gaps in knowledge . . . is suspicious of his staff . . . and his loyalty is minimal.” On July 27, 1974, the House Judiciary Committee voted its first article of impeachment for obstruction of justice because the president had ordered the CIA to pressure the FBI to back off from its investigation. Nixon resigned on August 9, 1974.

We citizens learned a great deal during those dog days of summer. We learned that the fourth estate, the media, has a vital function in our democracy. We learned that an independent judiciary and the rule of law can protect us against the unconstitutional abuses of a president. And we learned it’s a very bad idea to have a taping system in the White House.

A little more than 20 years later, in 1998, we had Whitewater. Special Prosecutor Ken Starr received a taped telephone recording in which former White House intern Monica Lewinsky discussed having oral sex with President Clinton. Leaks to the media followed. Clinton supporters accused the media of bias and claimed the entire prosecution was the result of a “vast right-wing conspiracy.”

The crux of the articles of impeachment passed by the House was that Clinton had lied about oral sex between him and Monica Lewinsky. These denials had been under oath and therefore represented perjury and obstruction of justice.

The Senate lacked the 67 votes necessary to remove Clinton. We did learn a number of sordid details about the sexual habits of men in high positions of political power. We also learned that tapes can be very damaging. Finally, lying under oath, even by a president of the United States, is a serious matter. (Bill Clinton lost his license to practice law in the State of Arkansas as a result.)

And so here we are, with liars, Trump and bears, oh my! It is the dog days of summer of 2017. We have all the makings of a first-class constitutional course for us citizens. There is the firing of an FBI director, which may amount to obstruction of justice. We have the media in full throat—namely The Washington Post, The New York Times and Reuters. We do not yet have a “deep throat” (that we know of). And, as with the Army-McCarthy hearings, we have allegations of Russians at every level, or at least contacts with Russians at every level. Perhaps the dog days of summer will bring us leaks from “Deep Red.” And there have been hints of tapes. We can only hope.

Watergate was about serious, if clumsy, efforts to subvert our elections—by other Americans. Today’s real issue should be about Russian success interfering with American elections. As stated by former FBI director James Comey . . . “the Russians interfered in our elections . . . they did so with sophistication . . . and they will be back.” 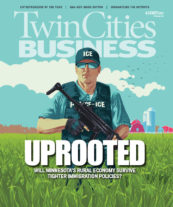 Mayoral Candidate Check-Writing
Can We Teach Entrepreneurship and Innovation?
The Politics of Business in Minnesota
Minnesota Businesses Tap the Brakes