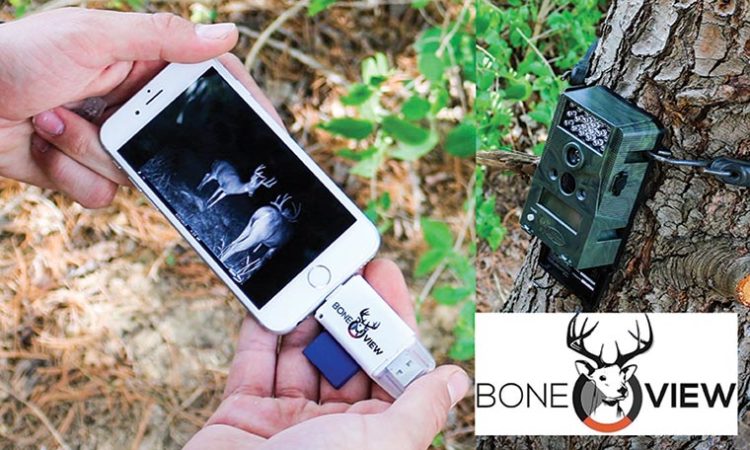 How two entrepreneurs are using smartphone technology to take hunting to the next level.
By Kate LeRette
July 31, 2017

As motion-activated trail cameras gained popularity among hunters in the early 2000s, avid hunter Nathan Conner discovered one shortcoming: He couldn’t instantly view pictures. Seeing an opportunity to capitalize on his discovery, Conner built a smartphone-compatible trail camera viewer. Four years later, that device is the flagship product of a multimillion-dollar startup.

“In order to view pictures in the past, you had to take the SD card out of the camera, take it home and plug it into your laptop or bring your laptop with you,” says Conner. Now, hunters can plug the smartphone camera viewer into their phone or tablet, insert the SD card and view the photos. From the photos, hunters can see where wildlife is active.

Conner and co-founder Steve Eischens launched Outdoor Performance Gear in 2015, two years after developing the prototype for the device. “We were about two years early to market,” explains Conner. “At the time, phones couldn’t read SD cards.” Once the technology caught up in 2015, Conner and Eischens launched their product on Amazon. Within six months, the pair had raked in $750,000 in revenue.

“We used e-commerce to get our business off the ground, gain traction and build our brand,” says Conner. It’s also helped the company enter retail stores. Today, Outdoor Performance Gear has a dozen SKUs under its BoneView hunting line, and its products are sold in 250 retail locations throughout the U.S. and Canada, as well as online at Cabelas.com and Walmart.com.

While the company saw a 250 percent increase in revenue last year, the challenging part of the business is that it’s seasonal, says Conner. “August through December we get a lot of attention because it’s hunting season, but then things really slow down.” To help even out high and low periods, Outdoor Performance Gear launched its Tundra Tackle Co. fishing line in November, which now has about 10 SKUs. Its flagship products are battery-powered fishing lures.

All of the company’s products are developed in-house or are private-label. “We’re always looking for ways to improve our experience outdoors,” says Eischens. “So most of the ideas for our products come from the trips we take.”

Eischens and Conner, who left their full-time jobs in 2016 to focus on growing their startup, say their next steps are to continue adding tech products that provide value to industries that have typically shied away from them in the past. “There is a lot of white space in the hunting industry that technology can provide value to,” says Conner.