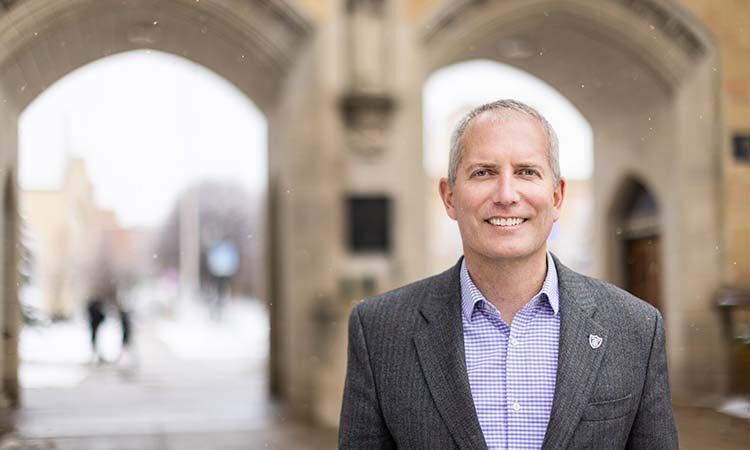 After a national search, the University of St. Thomas Board of Trustees has unanimously selected Robert Vischer – the university’s current interim president and former longtime law school dean – to serve as the university’s next president effective Jan. 1. Vischer got the full-time job after stepping into the interim role this academic year replacing his predecessor Julie Sullivan.

Vischer is now the second layperson to lead St. Thomas, a 137-year-old Catholic university with more than 10,000 students. A news release issued on Monday said that Vischer is entering the role at an “important juncture” in the university’s history. Once one of Minnesota’s small liberal arts colleges, St. Thomas transitioned from a college to a university in 1990. Since then the school, which originally only operated a St. Paul campus, has opened two additional campuses: one in Minneapolis, and one in Rome. The university has also opened multiple new schools and colleges and built several new facilities. In addition, it has become the first modern NCAA program to transition from Division III to Division I athletics.

“(Vischer) is known as a highly effective relational leader with a strong dedication to the mission of the university and someone who puts the students at the center of every decision and action,” said Amy Goldman, vice chair of the St. Thomas Board of Trustees, in the news release. “The board has put its faith in (Vischer) as the leader who will continue the St. Thomas trajectory to become the undisputed premier private university in the Midwest.”

Goldman, who chaired the Presidential Search Committee, said the committee heard positive feedback about the reputation of St. Thomas during the recruitment process. She added that she believes Vischer will “build upon the strong assets of this institution.”

Before becoming interim president, Vischer helped grow the university’s law school. Employment outcomes for University of St. Thomas School of Law graduates “dramatically improved” during his tenure, according to the release. The university also credited Vischer with building a “global student body” through partnerships with law schools in several countries.

“I am humbled to be able to build on the mission-centered stewardship of our past presidents who stayed true to our mission and focused relentlessly on doing right by our students,” Vischer said in the release. “The mission of St. Thomas has a remarkable capacity to inspire because it calls us to a reality that is bigger than ourselves. I am excited about what we can do together to transform lives and advance the common good.”

Vischer is not the university’s only major recent internal hire. Former associate dean of the Schulze School of Entrepreneurship Laura Dunham was promoted to lead the Opus College of Business this year as well.