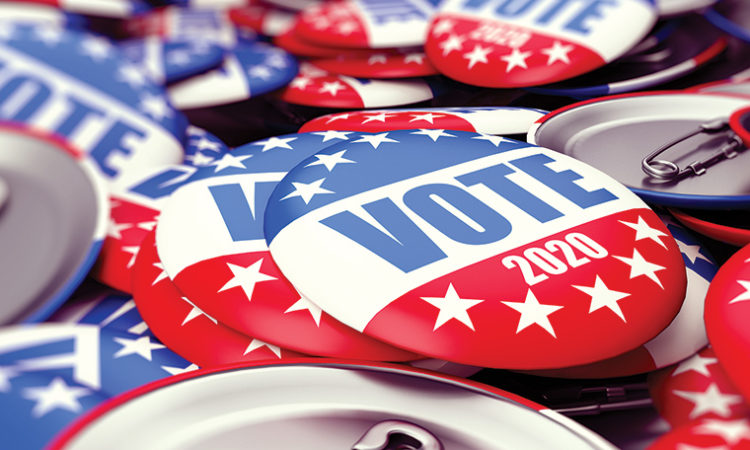 It is election season. Who is listening to small businesses?
By Adam Platt
April 01, 2020

As we enter one of the most consequential election seasons in American history, I’ve been pondering what businesses should want and expect from government, and which party better represents the interest of business.

It is an incoherent time in America, a difficult time to make sense of things. As a country we are pulling in opposite directions. Millennials are advocating candidates who would create a much larger and denser social safety net, providing for Americans’ health care, college education, and retirement as many European countries do. At the same time, we have an administration that seems bent on increasingly dismantling the existing modest social support system. (If you have an elderly parent, like I do, you hear every month about covert cuts to Medicare that the media never reports.)

We have small businesses struggling to stay in the black or just afloat, as rents, wages, and benefit costs skyrocket, while large multinational and Fortune 500 companies report record earnings and C-suite compensation, yet often pay no U.S. taxes.

We are a nation of black-and-white thinking, of pat answers, and it’s difficult to even discuss important issues with any nuance. The easy prescriptions candidates offer are, and should be, unsatisfying. Our system leans toward divided government, which makes it difficult for any party to implement a platform of policies. And so we drift.

This is especially galling for small businesses, the beating heart of the American economy. If there is a consistent truth I’ve discovered in my eight years at TCB, it’s that the heroes of our economy are small businesses. Small businesses innovate, take risks, provide jobs, and invest in communities. It’s my take that large businesses too often operate solely to sustain themselves or serve Wall Street rather than a broader network of interested communities.

Small businesses have no such luxury, as they are bound up in the fabric of their communities. I’ve been struck so often by how invested Minnesota’s small businesses are in their towns, in the lives of their employees, and in the long term, rather than merely the next quarter. As I’ve researched stories for our Minnesota Business Hall of Fame, Family Business Awards, and other features, I’ve been moved by how emotionally and intellectually rooted these local leaders are in the communities that sustain them. They have their ear to the ground, because they understand how deeply their success depends on the success of the place they call home.

I wish the social justice and activist universe better understood small business, because they would realize that small businesses and hourly workers are almost always rowing in the same direction.

Most farmers, small manufacturers, and retailers have seen few benefits from the Trump corporate tax cuts, and they struggle to find employees because of a labor shortage fed by the lack of a national policy on immigration. It strains our ability to harvest, build, repair, and produce. Mixed messages and inconsistent trade policy have imposed burdens on businesses that rely on overseas markets.

Business values clarity and competency. We can’t survive, much less thrive, unless we can plan and execute. Is it any surprise then that elected officials are held in the lowest regard in anyone’s memory? (And mine is pretty long.)

It is ridiculous that employers are charged with assuring the nation’s health care and retirement savings. The world of business is just too uncertain, and people suffer as a result. Business needs America to resolve its immigration policy, fix public education, figure out how to fund college, retirement, and health care within a social safety net at least the equal of countries to which we compare ourselves (and to which we often claim superiority).

Yet I understand why small businesses are wary of politicians offering grandiose solutions—so often they end up financed on the backs of small businesses. We need solutions that are functional and work beyond a single election cycle. Big problems require big ideas, and we shouldn’t fear them, but it’s hard not to, given the competence (or lack thereof) of so much of our public sector.

My goal here is not to tell you how to vote as much as to offer a lament about how difficult it is to believe in any proffered prescription. So business errs on the side of low risk, choosing an option that portends the least disruption and the lowest chance of bad outcomes. But more than ever, we have to take a long view; we need to invest in outcomes.

None of us, in our personal or business lives, can afford to drift indefinitely. Tread water for too long and you drown. Yet current politics seems skewed between serving the needs of the least advantaged or the most advantaged.

I wish you wisdom as you parse the difficult choices in the months ahead. We seem to be facing a choice between extremes, because people are frustrated and the country has, by all indications, forgotten the need for win-win outcomes. It’s the antithesis of the way small business thinks.

If only small business ran the world.

Breakroom Confidential: Which Office Romances Are Acceptable?
I Just Want to Get My Work Done
Verified: Two Productivity Tools that Beauty Pros Love
Networked: April 2020
See all stories by this author >