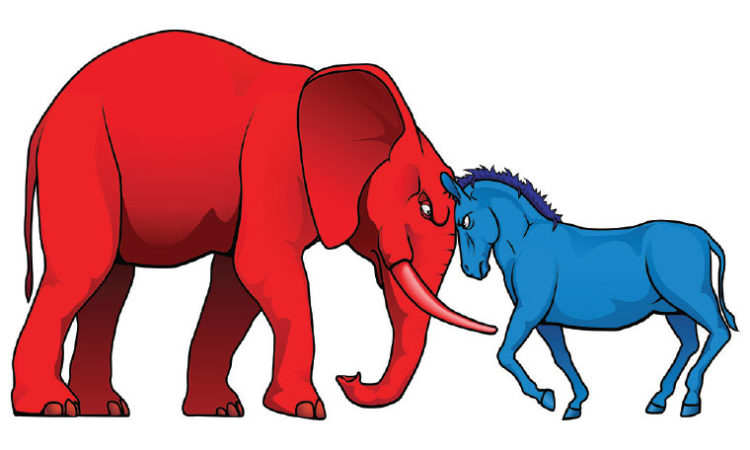 In what is likely to be a boisterous election season, what are the pros and cons of workplace discussion?
By Liz Fedor
January 07, 2020

We are finally in the mother of all election years. While presidential candidates saturate broadcast media with emotional messages, should employers try to create politics-free zones in workplaces?

In a recent survey conducted for staffing firm Robert Half, one in five Midwesterners surveyed said it’s not appropriate to discuss politics at work. Twenty-nine percent said talking about politics in workplaces “makes them feel uncomfortable.”

“Our general advice to employers is avoid talking politics to the extent that you can,” says Angela Lurie, a senior regional vice president of Robert Half in the Twin Cities. Acknowledging that people have a right to free speech, Lurie says that talking politics nonetheless “creates an unnecessary undercurrent that can be divisive amongst teams or co-workers.”

When a co-worker makes a partisan comment at work, Lurie advises other colleagues to “keep the conversation as friendly and light-hearted as possible” and try to change the subject. If one employee insists on talking about a particular politician, she says, “you have to be fairly direct and say, ‘I’m not comfortable participating in the discussion.’ ’’

This perspective is not universal, though. Elizabeth Campbell, an assistant professor at the Carlson School of Management, says employers should not try to prohibit political speech at work. “If organizations choose to ban it or team leaders ban it, it will still happen in the dark corners of the office,” says Campbell, who is an expert on work teams. She says employers should “encourage respectful discourse,” which means asking co-workers why they hold certain views and actually listening to their answers.

Campbell says people need to separate a given viewpoint from the colleague who holds that perspective: “Your idea needs to be separate from who you are.”

Lurie also notes that aggressive behavior over politics in the workplace can trigger harassment or discrimination claims. She cautions that employees are taking considerable risks when they choose to discuss political views at work. “You have to work with these people day in and day out. You need to have a collaborative working relationship with them. Depending upon the stances you take, it could impact the hard-earned reputation that you’ve worked so long to build.”

Verified: Apps and Products That Make Life Easier
20/20? No Clear Vision for Retail
The Fine Print: GDP Growth
Perfect 20-20 Foresight
See all stories by this author >