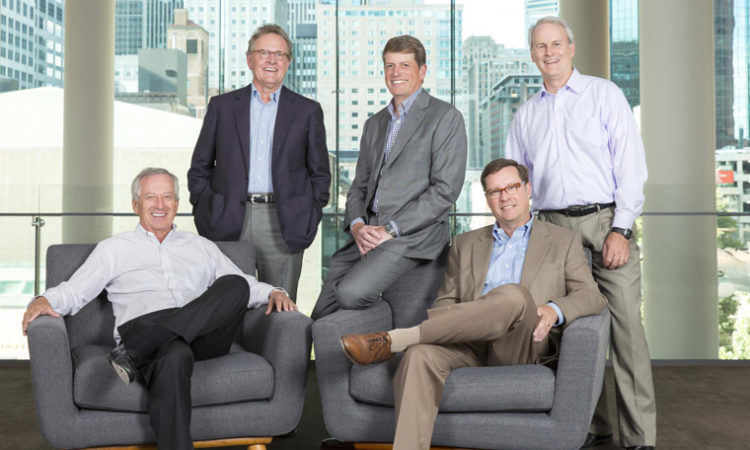 Pat Ryan to Step Down as Ryan Cos. CEO in June

Current CFO and CIO Brian Murray will succeed Pat Ryan, effectively ending a run dating back to 1938 of Ryan family members leading the construction firm as CEO.
By Sam Schaust
May 02, 2018

Starting next month, the construction firm Ryan Companies US Inc. will no longer be run by a family member with the Ryan surname.

Instead, Brian Murray, who is the Minneapolis company’s current chief financial officer and chief operating officer, will take over as its chief executive officer, breaking an 80-year trend of Ryan Cos. being led by a member of the Ryan family.

Pat Ryan, who stepped into the chief executive officer role in 2009 after the death of his cousin and then-CEO Jim Ryan, won’t be leaving the family business entirely. On that date, Pat Ryan will make the move many retiring CEOs make and become the chairman of the company’s board of directors.

In his near-decade atop Ryan Cos., Pat Ryan lead the construction firm through the Great Recession and grew it into a $1.5 billion business, which among local contractors ranks only behind Mortenson Construction in terms of annual revenue. In recent years, Ryan Cos. has had its hands on numerous big-name projects, including CHS Field in St. Paul, the Amazon Fulfillment Center in Shakopee and Wells Fargo’s new campus in the Downtown East neighborhood of Minneapolis.

“I have been blessed to work alongside phenomenal people for 35 years,” said Pat Ryan in a statement. “I can’t begin to express my appreciation for that privilege but I can say that I’m so pleased to be handing off executive responsibilities to a tremendous team of leaders.”

Those leaders include owners Jeff Smith and Mike McElroy, who will be taking on new roles at the time of Murray and Ryan’s transitions. Smith is set to become the president of Ryan Cos. while McElroy takes over as chief investment officer. Tim Gray, who currently chairs the company’s board of directors, will assume the title of chairman emeritus.

Ryan Cos. in its announcement Tuesday said the group of leadership changes were part of a plan several years in the making.

Incoming CEO Murray, a 9-year veteran of the company, called his promotion a “tremendous honor,” in a statement.

Meanwhile, Pat Ryan doesn’t expect the succession will change his presence at the company’s headquarters. “I warned my colleagues that they can expect to see my face around the office for a long time to come,” he said, “but I’m also planning to spend more time with my family.”