The end of April brings to Minnesota multiple technology development contests that attempt to solve real-world problems in new ways.
May 02, 2014

Several technology competitions are set to commence in the Twin Cities and Red Wing over the next two weeks, featuring amateurs, professionals, and students showcasing their skills.

On April 23 and 24, Minneapolis-based technology firm Logic PD is hosting its “Hackathon: Everest Challenge,” which is meant to uncover insights into how new technology can address “real market challenges.”

Open to all Logic PD employees as well as University of Minnesota students, teams of no more than five people are given “a box of the latest Internet of Things technology tools,” including various sensors and wearable technology like smart watches, and are asked to deliver a solution to specific industry challenges.

The real-world problems the teams will attempt to solve can be in the medical and life sciences industry, the commercial and industrial industry, or the aerospace and defense industry. Learn more and register for the event here. (The competition’s judges include Gary Johnson, president of MSP Communications—which publishes Twin Cities Business—as well as various technology experts from local companies.)

The following week, Red Wing-based nonprofit “business accelerator” and co-working firm Red Wing Ignite is hosting a “Red Hot Hack” event. On April 26 and 27, the group is inviting all “creative . . . and civic-minded geeks and geeky wannabes” to use technology to help solve community issues.

Similar to the “Hackathon,” participants are given a short amount of time to create applications. In this case, the applications are meant to solve problems in education, public safety, energy, transportation, health care, and advanced manufacturing.

Awards are then given for best for-profit idea, best nonprofit idea, most complete execution of an application, and best presentation. Learn more and register for the event here.

Also on April 27, Minneapolis-based Technovation-MN is hosting an “Appapalooza” event. The event is part of the group’s “Technovation Challenge,” which is meant to encourage middle and high school girls to design, code, and pitch mobile phone apps that can help their communities.

The competition consists of 12 teams of girls, aged 10 to 19, from the Twin Cities. All the teams have spent the last three months building their mobile apps, which either help a nonprofit or address a teen or women’s issue. Click here to learn more about attending or participating in the event.

After the teams pitch their ideas on the 27th, 10 teams from around the country will be chosen to present their ideas in Silicon Valley to venture capitalists; the winning team of that group will then be given $10,000 to commercialize their mobile app.

Minnesota recently earned high marks on a list that identified the “best cities for female entrepreneurs.” Soon afterward, the Twin Cities-based collaborative co-working firm CoCo, which has also hosted “hackathons,” announced that it aimed to boost its female membership to 50 percent after receiving $1 million from Google to support female entrepreneurs. 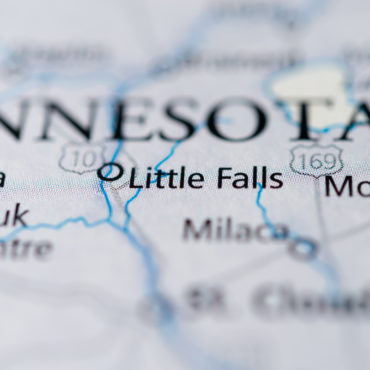