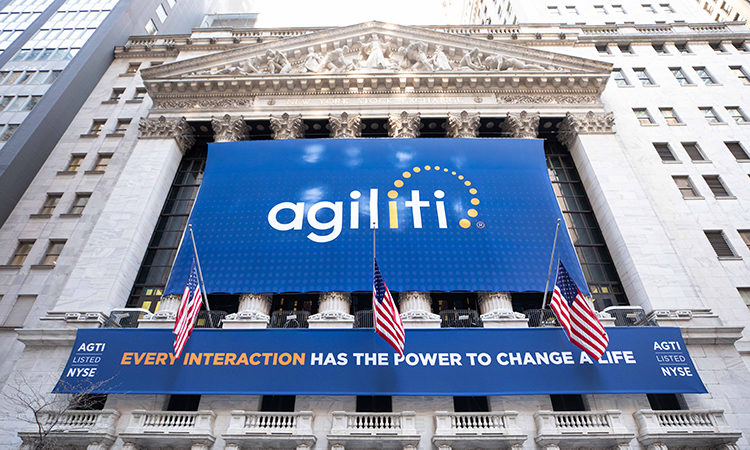 Both see gains in early trading
By Burl Gilyard
April 23, 2021

Agiliti manages medical equipment for a wide range of hospitals and other health care providers. The company started operating in 1939 as the ABC Oxygen Tent Rental Co. Long known as Universal Hospital Services Inc., the company changed its name to Agiliti in 2018.

Based on its offering of 26.3 million shares at $14, the IPO translates into $368.4 million for Agiliti, before deducting underwriting costs and other expenses. The company could see additional capital from underwriters exercising options to buy additional shares.

According to its filings, Agiliti saw revenue of $773.3 million in 2020, a 26.1 percent increase compared to 2019. The IPO proceeds provide capital for Agiliti to make future acquisitions and pay down some debt.

“As we go public today this will give us the additional financial flexibility to support our strategy of opportunistic M&A [mergers and acquisitions] as an augmentation to what is already a very strong and stable organic growth profile,” Agiliti CEO Tom Leonard told TCB.

Agiliti was acquired in early 2019 by Federal Street Acquisition Corp., a special purpose acquisition corporation (SPAC) sponsored by an affiliate of Thomas H. Lee Partners, a Boston-based private equity firm. But at the time the decision was made to waive the option to go public. The company’s offering today is a standard IPO.

Leonard noted that companies owned by private equity firms often have debt on their books as part of a strategy to pay returns to owners.

“With the IPO we’ll change the capital structure,” said Leonard. “We’ll pay down that debt and it will give us the dry powder and the access to lower-cost capital to be the rocket fuel for us in driving our growth going forward.”

Agiliti had originally been targeted to go public at $18 to $20 per share but was ultimately priced at $14 per share. In mid-afternoon trading, it was up to $16.16 per share.

“What’s important to us is not actually where we start, but where we go from here,” said Leonard.

In early afternoon trading on Friday, SkyWater’s stock was trading at $19.75 per share.

According to a statement from the company:

“SkyWater intends to use the net proceeds from the offering for working capital and other general corporate purposes, which may include financing SkyWater’s growth and funding capital expenditures. SkyWater may use a portion of the proceeds from the offering for acquisitions or strategic investments in businesses or technologies, although SkyWater does not currently have any plans or commitments for any such acquisitions or investments.”

For its fiscal year ending on January 3, SkyWater reported revenue of $140.4 million.

Wall Street is flush with cash, which is likely driving many IPOs. It’s a path that more Minnesota companies could look to follow.

There has been speculation that Minneapolis-based Bright Health, which has raised more than $1.5 billion in financing, may also be eyeing an IPO this year.