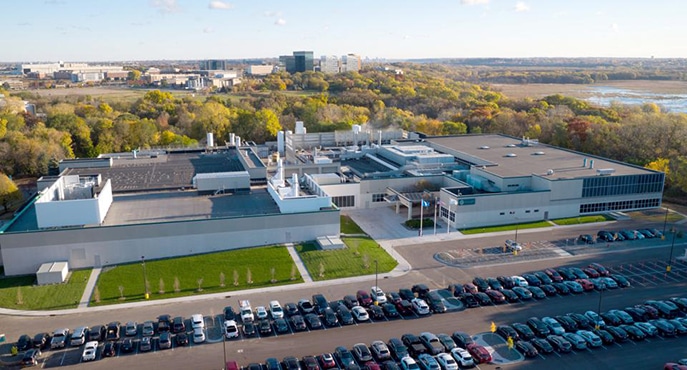 The Bloomington-based chipmaker hopes to raise $75 million in an initial public offering.
By Dan Niepow
March 23, 2021

Bloomington-based chipmaker SkyWater Technology will soon be the second Minnesota company to go public in 2021.

The company, which grew out of Minnesota supercomputer giant Control Data Corp., develops and manufactures semiconductors, also known as chips, which are used in a number of electronic devices, including smartphones and tablets. Skywater has a fabrication facility in Bloomington, along with a packaging facility in Florida.

The company aims to raise $75 million in its initial public offering, or IPO, according to a filing with the Securities and Exchange Commission. The company hasn’t yet released the number or price of shares it plans to sell.

In 2019, SkyWater secured a $170 million investment from the Department of Defense to expand its offerings. In its SEC filing, the company said it plans to leverage its relationship with the department to land more U.S. government investments. SkyWater also plans to “diversify our customer base, grow our presence in existing markets, and expand into new end markets,” according to the filing. More acquisitions could be on the horizon, too: The company said it may pursue other mergers or acquisitions to “drive growth.”

The company’s SEC filing shows a $19.7 million net loss in its most recent fiscal year, which ended Jan. 3. That’s an increase from a net loss of $16.4 million in the prior year.

The U.S. currently accounts for about 12.5 percent of global semiconductor manufacturing, according to the Semiconductor Industry Association, a trade group for the industry.