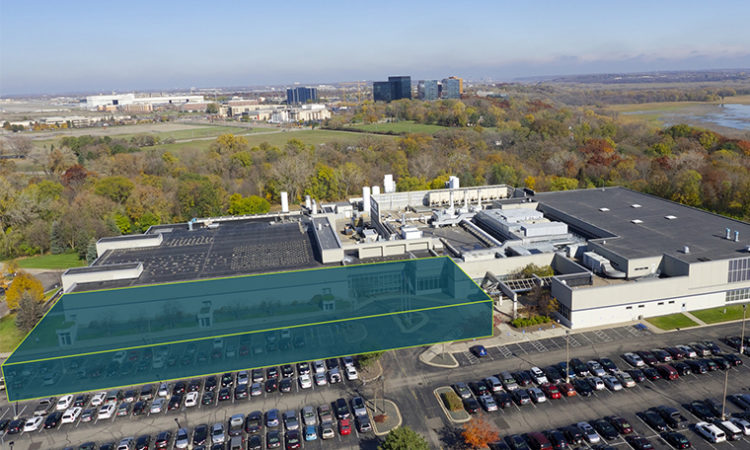 The funds will help expand the scope of SkyWater’s tech offerings and help keep the chip industry in the U.S., company officials say.
By Amanda Ostuni
October 22, 2019

Bloomington chip plant company SkyWater Technology is getting a boost from the U.S. Department of Defense. On Monday, the company announced that the department is contributing $170 million toward a multi-phase project to expand the scope of its device offerings.

The first phase, slated to cost $80 million, will involve the expansion of its production facility and the introduction of new equipment and tools. Together, these updates will enable SkyWater to begin making “copper interconnects,” which are used in semiconductor technology. The updates also will make way for new strategic radiation hardened (Rad-Hard) technology—a chip category the DoD invests in for use in space and military field deployments.

The government investment is meaningful beyond the capital because a lot of elements within the chip technology industry have gone offshore in recent years, a SkyWater spokesperson told TCB.

“This program enhances domestic manufacturing… to have government access is critical [for keeping things in the U.S.],” the spokesperson said.

The SkyWater project will generate about 30 to 50 jobs, adding to the company’s existing employee base of about 500.

With new space and resources, SkyWater will be able to produce Rad-Hard systems with circuitry that is much closer together—65 nanometers apart instead of SkyWater’s current limit of 90 nanometers. This improves performance and efficiency of the Rad-Hard systems. Meanwhile, the introduction of copper interconnects will give SkyWater an offering that boasts lower resistance and higher performance speeds than aluminum alternatives, according to the company.

“By entering the copper interposer market, we can help narrow the existing gap in North America for advanced packaging solutions and increase the breadth of our technology offerings,” said Brad Ferguson, SkyWater Chief Technology Officer and head of SkyWater’s government relations efforts, in a news release.

To accommodate new product development, SkyWater is incrementally adding 15,000 square feet to its Bloomington cleanroom. Meanwhile, the production facility as a whole will ultimately be expanded by 60,000 square feet.

The $170 million project marks the first time the Bloomington facility has been expanded since 1995, a SkyWater spokesperson told TCB. It was previously owned by California-based Cypress Semiconductor Corp, but Oxbow Industries LLC bought the facility in 2017, and then backed the creation of the SkyWater company to continue developing tech there.